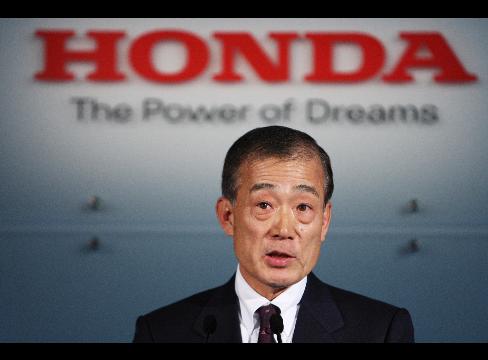 Dec. 18 (Bloomberg) — Honda Motor Co., Japan’s second- largest automaker, fell 3.5 percent after cutting its profit goal as the yen rose to a 13-year high against the dollar and sales in North America and Europe dropped.

Honda cut its full-year forecast 62 percent yesterday as the global recession cripples sales in the U.S., Japan and Europe. The yen’s 28 percent gain against the dollar and 31 percent rise against the euro this year has hammered Honda’s profit, forcing it to cut jobs, lower management pay and withdraw from Formula One motor racing.

“The speed of falling sales and worsening profitability has been faster than expected since October,” Koji Endo, an analyst at Credit Suisse Securities (Japan) Ltd. in Tokyo, said in a report to clients. “Streamlining is the only way for Honda to tackle that.”

Endo cut his rating on Honda to “underperform” from “neutral” after the company’s announcement.