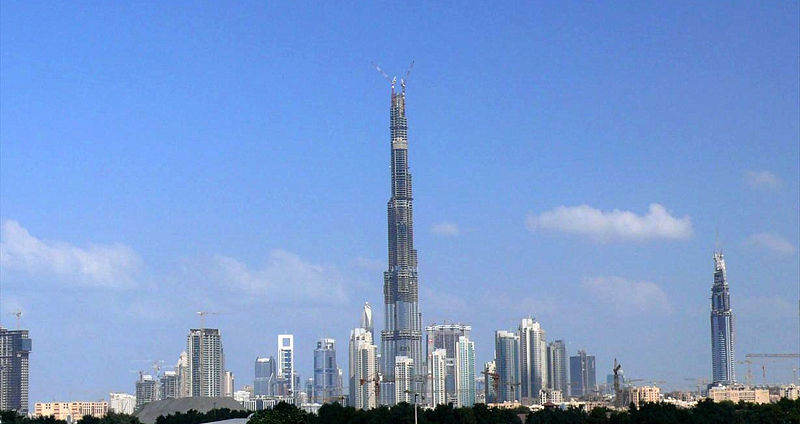 Dec. 4 (Bloomberg) — The classified ads in Dubai read like an obituary for a real-estate market that until a few months ago seemed immune from the global credit crisis.

A Turkish investor, who identified himself as Sebat, took out 10 bright yellow ads in the Nov. 25 edition of Gulf News, the United Arab Emirates’ biggest newspaper, with the headline: “DIRECT FROM OWNER DISTRESS SALE!!!” Sebat said he used to be able to buy four or five properties at a time and sell them the next day for a profit of as much as 5 percent.

“There is panic in the market,” said Sebat, 52, who wouldn’t give his full name because he’s juggling 60 properties.

The property bubble in the desert emirate, home to the world’s tallest building, most expensive hotel suite and largest manmade islands, is bursting as scarce credit and slumping oil prices have international investors scurrying to dump assets. That may shatter Dubai’s goal of creating a sustainable economy by building the Persian Gulf hub for finance and tourism, forcing it to depend on oil-rich neighbor Abu Dhabi for financing.

“Dubai is more precarious than it has ever been,” said Christopher Davidson, author of “Dubai: The Vulnerability of Success” (2008, Columbia University Press). “If the property industry collapses in Dubai, it will be finished. Dubai’s relative autonomy will come to an abrupt end.”

The emirate’s push into luxury property developments and tourist attractions was diversification on “paper sand,” said Davidson, a professor of Middle Eastern affairs at Durham University in the U.K.

Real-estate prices may drop 20 percent or more, analysts at EFG-Hermes Holding SAE, the biggest publicly traded investment bank in Egypt, said in a report this week.

Nakheel PJSC, the Dubai state-owned developer of three palm-shaped islands in the Persian Gulf, said Nov. 30 that it is scaling back or delaying work on some of its $30 billion in projects, including the 62-story Trump International Hotel & Tower near the Mega Yacht Club on the trunk of Palm Jumeirah.

“In such a nasty downturn, which we are seeing now, they are just not immune to global events,” said Michael Baer, founder of Dubai-based Baer Capital Partners and great-grandson of Julius Baer, who started Switzerland’s largest independent wealth manager. “Maybe the boom is over for the time being.”

The sheikhdom may need help from Abu Dhabi and the U.A.E. to service its debt, according to Moody’s Investors Service. Dubai borrowed $80 billion to finance its transformation and make up for a lack of natural resources. It has just 4 billion barrels of oil reserves, compared with Abu Dhabi’s 92.2 billion barrels.

Dubai officials say the emirate can weather the storm.

“The real estate sector is witnessing a healthy correction,” Mohammed Ali Alabbar, chairman of Emaar Properties PJSC and head of a committee studying the effects of the global credit crisis on Dubai’s economy, said in a Nov. 24 speech. “This is a consequence of global financial conditions and is inherent to the very nature of the market.”

Dubai will meet its debt obligations, he said.

Baer said he is optimistic the boom will return if the government takes the right actions. “There will be layoffs, they will have readjustments in asset prices and maybe they will have more careful accounting practices,” he said.

Led by Sheikh Mohammed bin Rashid al-Maktoum, Dubai attracted investment with no income tax and free-trade zones. Dubai, the second-biggest of the U.A.E.’s seven states, benefited from an inflow of international investors eager to tap the Gulf’s wealth after a six-year surge in oil prices.

Real-estate values surged fourfold over the past five years, fueled by a supply shortage and an influx of expatriates. Rising commodities prices drove inflation, which accelerated to a record 11.1 percent in the U.A.E. last year. Dubai opened its property market to foreign investment in 2002.

Borrowers tapped mortgages for as much as 90 percent of a property’s value to buy homes on the manmade fronds of the Palm Jumeirah and villas with gardens or golf-course views in developments such as Emirates Hills, The Springs and The Lakes.

Now the credit crunch is coming to Dubai. It’s being aggravated by oil prices that have tumbled 68 percent since reaching a record $147.27 a barrel on July 11.

“There are bound to be white-elephant developments,” he said. “If it was built on the premise of ‘build it and they will come’ then that will now turn out to be a mistake.”

Banks are tightening lending or freezing it altogether. Amlak Finance PJSC, one of the U.A.E.’s biggest mortgage lenders, said Nov. 19 that it had suspended new home loans. London-based Lloyds TSB Group Plc stopped offering mortgages for apartments in Dubai on Nov. 11 and reduced the amount it will lend for villas to 50 percent of the price, from 80 percent.

The cost of a seven-bedroom villa on Palm Jumeirah dropped to as low as 19 million dirhams ($5.2 million) last month, from 30 million dirhams in September, according to the Dubai unit of German real-estate company Engel & Voelkers AG.

On Nov. 20, Nakheel and its South African partner threw a $20 million party for the opening of the $1.5 billion Atlantis resort, complete with the world’s biggest fireworks display and celebrities from actress Charlize Theron to singer Kylie Minogue. The hotel’s most expensive suite costs $42,000 a night excluding breakfast.

Two days later, the U.A.E. stepped in to shore up Dubai’s two biggest mortgage lenders, Amlak and Tamweel PJSC. They are merging with state-owned Real Estate Bank, based in Abu Dhabi.

Artur Khayrullin moved to Dubai three years ago to escape the Russian winter and invest in the booming real-estate market. Now he’s being forced to sell four apartments to raise cash for his family business in Moscow. They have been on the market for two months.

“With all this oil money in the region, I thought the Dubai property market would be secure from the global problems,” the 30-year-old Bentley owner said, reached on his mobile phone on the beach. Now, “nobody is getting financing.”

The worst may be yet to come as a glut of properties arrives on the market.

About 70,000 units are scheduled to be completed in 2009, more than half of which were originally planned for this year and last, according to a September report from EFG-Hermes.

Buyers willing to commit to purchases before construction are harder to find. So-called off-plan sales helped fuel the bubble with some properties passing through multiple buyers. Off-plan prices have dropped as much as 20 percent since September, according to developer Al Jabal Holdings.

“The speculative buyers were more than 50 percent of the market,” said Eckart Woertz, chief economist at the Dubai- based Gulf Research Center. “They have disappeared.”

“I will be in a very big panic and will want to get out of Dubai if I don’t think things will get better,” he said.

To contact the reporter on this story: Glen Carey in Dubai at gcarey8@bloomberg.net.