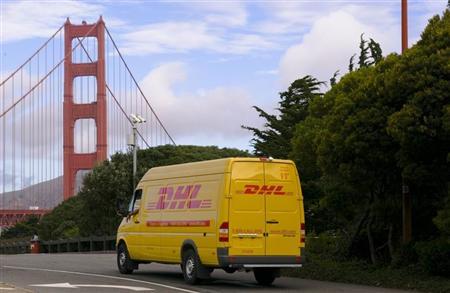 BONN (Reuters) – Deutsche Post will spend more than planned and cut an additional 9,500 jobs to turn around its U.S. express business, which has been hit by the global economic crisis and hurt third-quarter earnings.

Sluggish consumer spending and shrinking investments by businesses are hurting shippers around the world, with the United States being hit hardest. Retail sales there dropped for a third consecutive month in September, posting their biggest decline in more than three years.

To battle sliding demand in the United States, Deutsche Post now planned to shut down its domestic U.S. express business and focus on international shipping there. It would spend $3.9 billion on restructuring, $1.9 billion more than previously planned.

Deutsche Post on Monday confirmed it saw full-year EBIT at about 2.4 billion euros, excluding one-time effects and its Deutsche Postbank unit. It held off giving a new outlook for next year.

Deutsche Post had agreed to cooperate with UPS on air freight in the United States, but talks have stumbled as sliding demand squeezed margins and the crisis cut into companies’ spending.

UPS Chief Executive Scott Davis said last month the size and scope of the agreement may be changed, arguing that customers may not be happy about Deutsche Post’s plans to downsize its business in the United States.

Shares in Post were up 8.5 percent at 10.15 euros at 8:29 a.m. EST, while the German blue-chip DAX index was up 3 percent. Post’s share price has about halved over the past six months.

The company trades at about 6.9 times its estimated 2009 earnings, at a discount to both UPS and rival FedEx as investors worry that the U.S. express business will remain a millstone around its neck.