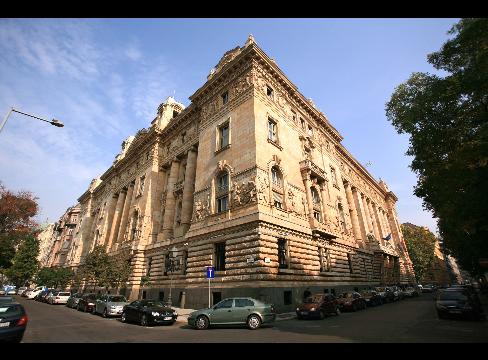 Oct. 31 (Bloomberg) — Imre Apostagi says the hospital upgrade he’s overseeing has stalled because his employer in Budapest can’t get a foreign-currency loan.

The company borrows in foreign currencies to avoid domestic interest rates as much as double those linked to dollars, euros and Swiss francs. Now banks are curtailing the loans as investors pull money out of eastern Europe’s developing markets and local currencies plunge.

“There’s no money out there,” said Apostagi, a project manager who asked that the medical-equipment seller he works for not be identified to avoid alarming international backers. “We won’t collapse, but everything’s slowing to a crawl. The whole world is scared and everyone’s going a bit mad.”

Foreign-denominated loans helped fuel eastern European economies including Poland, Romania and Ukraine, funding home purchases and entrepreneurship after the region emerged from communism. The elimination of such lending is magnifying the global credit crunch and threatening to stall the expansion of some of Europe’s fastest-growing economies.

“What has been a factor of strength in recent years has now become a social weakness,” said Tom Fallon, emerging-markets head in Paris at La Francaise des Placements, which manages $11 billion.

Since the end of August, the forint has fallen 16 percent against the Swiss franc, the currency of choice for Hungarian homebuyers, and more than 8 percent versus the euro. Foreign- currency loans make up 62 percent of all household debt in the country, up from 33 percent three years ago.

That’s even after a boost this week from an International Monetary Fund emergency loan program for emerging markets and the U.S. Federal Reserve’s decision to pump as much as $120 billion into Brazil, Mexico, South Korea and Singapore. The Fed said yesterday that it aims to “mitigate the spread of difficulties in obtaining U.S. dollar funding.”

In Kiev, Ukraine, Yuriy Voloshyn, who works at a real-estate company, says he’s forgoing a new television because of his dollar-based mortgage. His monthly payments have risen by 18 percent, or 1,000 hryvnias ($167), since he took out the loan seven months ago.

“I only have money to pay for food and my monthly fee to the bank,” Voloshyn, 25, said. “I can’t even dream about anything else.”

“I’ve even stopped getting nervous, now I can only laugh,” the 32-year-old, first-time property owner said.

The bulk of eastern Europe’s credit boom was denominated in foreign currencies because they provided for cheaper financing.

Before the current financial turmoil, Romanian banks typically charged 7 percent interest on a euro loan, compared with about 9.5 percent for those in leu. Romanians had about $36 billion of foreign-currency loans at the end of September, almost triple the figure two years earlier.

In Hungary, rates on Swiss franc loans were about half the forint rates. Consumers borrowed five times as much in foreign currencies as in forint in the three months through June.

The extra burden on borrowers is making a bad economic outlook worse, said Matthias Siller, who focuses on emerging markets at Baring Asset Management in London, where he manages about $4 billion.

If borrowers believe local interest rates are prohibitive and foreign currency lending dries up, it means “a sharp deceleration in consumer spending,” Siller said. “That will bring serious problems for the economy.”

The east has been the fastest-growing part of Europe, with Romania’s economy expanding 9.3 percent in the year through June, Ukraine 6.5 percent and Poland 5.8 percent. The combined economy of the countries sharing the euro grew 1.4 percent in the period.

Governments are seeking to ease the pain as recession concerns sweep across eastern Europe’s emerging markets.

Ukraine, facing financial meltdown as the hryvnia drops and prices for exports such as steel tumble, on Oct. 26 agreed to a $16.5 billion loan from the IMF.

Hungary on Oct. 28 secured $26 billion in loans from the IMF, the EU and the World Bank. The government forecast a 1 percent economic contraction next year, the first since 1993.

The Hungarian central bank raised its benchmark interest rate by 3 percentage points to 11.5 percent on Oct. 22 to defend the forint.

The same day, Prime Minister Ferenc Gyurcsany said the government was seeking an accord with banks to “prevent the burdens of debtors from reaching the sky.” It’s considering granting borrowers extended payment periods or the ability to convert foreign-exchange debts into forint.

“Panicked customers are calling to say they’re afraid the interest on their mortgages will go up or that they won’t be able to secure mortgages,” said Nikolett Gurubi, director of lending at Otthon Centrum Belvaros, the downtown Budapest branch of a real estate agency.

Project manager Apostagi, 58, said he hopes the crisis will be over in a few months, blaming U.S. banks for creating such distrust between lenders. For now, “it looks like our signed contracts were for naught,” he said.

Romanian central bank Governor Mugur Isarescu sounded the alarm in June, saying the growth of foreign-currency loans was “excessively high and risky,” especially because Romanians with their communist past aren’t used to the discipline of debt.

“It’s not that we’re bad,” Isarescu said. “It’s that, culturally, we need to prepare for the moment of repayment.”

At the other end of the spectrum, Turkish consumers have proved more cautious after living through their own currency crises in 2001 and 1994. The government, the IMF’s biggest customer in recent years, is resisting new loans from the fund, arguing that its economy can weather the credit crunch and a 22 percent slump in the lira since the start of September.

Turkish savings in foreign currencies exceeded loans by about 30 percent as of the end of 2007, according to a January Fitch report. In Poland foreign exchange loans were double deposits, and in Hungary they were triple.

Mert Sevinc borrowed the equivalent of $100,000 in Turkish liras to buy an Istanbul apartment in 2006, paying an annual rate of 13.5 percent. The marketing consultant didn’t even look at the foreign exchange loans at less than half that price.

“Of course it would have been cheaper to borrow in dollars or euros, but it’s a fairly basic principle of finance: Things that are cheaper are riskier,” he said.

That reasoning may soon be part of the eastern European psyche too.

“We’ve been observing a return to a good old banking rule to lend in a currency in which people earn,” said Jan Krzysztof Bielecki, chief executive officer of Poland’s biggest lender, Bank Pekao SA. It stopped non-zloty lending in 2003. “Earlier, banks competed on the Swiss franc market watching only sales levels and not looking at keeping an acceptable risk level.”

The problem is a “good lesson to all of us,” Polish President Lech Kaczynski said at an Oct. 24 press conference in Warsaw, where he urged Poles to stick to zloty lending.

To contact the reporter on this story: Ben Holland in Istanbul at bholland1@bloomberg.net. Laura Cochrane in London at lcochrane3@bloomberg.net; Balazs Penz in Budapest at bpenz@bloomberg.net.