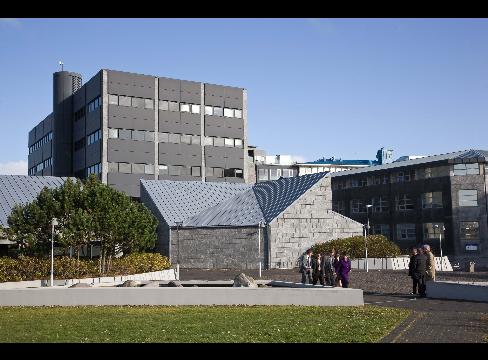 Oct. 28 (Bloomberg) — Iceland’s central bank unexpectedly raised the benchmark interest rate to 18 percent, the highest in at least seven years, after the island reached a loan agreement with the International Monetary Fund.

Policy makers raised the key rate by 6 percentage points, the Reykjavik-based bank said in a statement today, taking the rate to the highest since the bank began targeting inflation in 2001.

“I don’t think 6 percentage points will make the krona any more attractive,” said Henrik Gullberg, a strategist at Deutsche Bank AG in London. “Basically what we’re seeing is a complete liquidation of everything in emerging markets, and Iceland, even in the emerging-market universe, is very vulnerable. Six percent isn’t worth a lot if the currency drops another 15 percent.”

The central bank is raising rates as Iceland, the first western nation to seek financial help from the IMF since the U.K. in 1976, faces an economic contraction, coupled with possible hyperinflation and rising joblessness. The economy will shrink as much as 10 percent next year, the IMF forecasts. Iceland will receive about $2.1 billion from the Washington-based fund, according to a deal struck on Oct. 24.

“The only thing that’ll improve the krona is a return of risk appetite, and there are no signs of this happening any time soon,” Gullberg said.

Iceland is in talks with the governments of Sweden, Norway and Denmark to secure as much as $4 billion in additional loans. The central bank has also sent requests for support the European Central Bank and the Federal Reserve, Prime Minister Geir Haarde said at a Nordic government summit in Helsinki today.

The increase in the key rate comes after the central bank on Oct. 15 cut it by 3.5 percentage points from 15.5 percent. That move indicated policy makers were focusing on growth and abandoning their target of stabilizing inflation, which may soar as high as 75 percent in coming months, according to Lars Christensen, chief analyst at Danske Bank A/S in Copenhagen.

The IMF deal is due to be presented to the fund’s executive board later this week. One of the conditions attached to the loan was that policy makers raise the key rate to 18 percent, the central bank said in a statement on its Web site today.

Central bank Governor David Oddsson told reporters today he hopes rates “don’t stay at the current level for too long. This decision doesn’t necessarily mean that we assume that rates will rise further.” The bank holds its next rate setting meeting on Nov. 6.

Still, the central bank will continue to “review the matter,” he said. The benchmark rate hasn’t been higher since the central bank introduced inflation targeting in 2001. Policy makers target price gains of 2.5 percent. Inflation was 15.9 percent in October, Statistics Iceland said yesterday.

The central bank has been holding daily auctions since the currency’s collapse earlier this month with local market makers setting the rate at about 150 kronur per euro. According to Roed- Frederiksen, further rate increases can’t be ruled out if policy makers want to strengthen the krona once international traders are granted access to the market.

Iceland’s financial regulator took control of Kaupthing Bank hf, Landsbanki Islands hf and Glitnir Bank hf earlier this month, after they couldn’t secure short-term funding. That precipitated the collapse of the currency. The central bank on Oct. 7 attempted to peg the krona only to abandon the measure a day later citing “insufficient support.”

To contact the reporters on this story: Tasneem Brogger in Copenhagen at tbrogger@bloomberg.net;