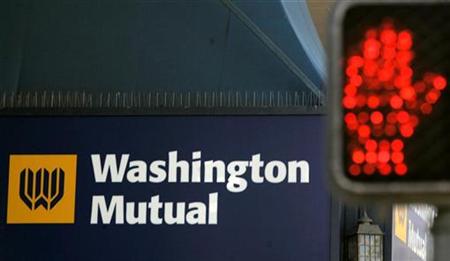 Jeffrey Sullivan, U.S. attorney for the western district of Washington, said in a statement on Wednesday that he has set up a task force that includes investigators from the FBI, the U.S. Securities and Exchange Commission, the Federal Deposit Insurance Corp and the Internal Revenue Service’s criminal investigations unit.

“Given the significant losses to investors, employees and our community, it is fully appropriate that we scrutinize the activities of the bank, its leaders and others to determine if any federal laws were violated,” Sullivan said in a statement. He said the probe comes on the heels of “intense public interest in the failure of Washington Mutual.”

Federal regulators seized Seattle-based Washington Mutual on Sept 25 after the savings and loan, once the nation’s largest, had $16.7 billion of deposit outflows in 10 days.

JPMorgan Chase & Co bought the Seattle-based thrift’s banking units on that date for $1.9 billion, in a transaction arranged by regulators. Washington Mutual later filed for Chapter 11 bankruptcy protection from creditors.

The Office of Thrift Supervision, which regulated the thrift, said on Sept 25 that Washington Mutual did not have enough liquidity to pay its debts, and was in an “unsafe and unsound condition to transact business.”

Regulators said the thrift had about $307 billion of assets, more than seven times the $40 billion that Continental Illinois National Bank & Trust had when it collapsed in 1984, in the nation’s largest previous banking failure.