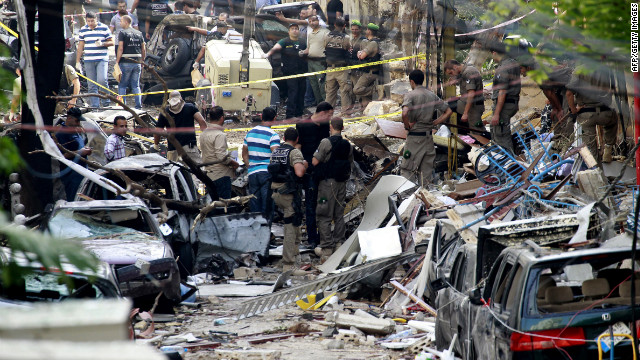 Assassinations of high-profile government figures are not new to Lebanon. Some result from gruesome car bombs, ripping through people and buildings along bustling streets in cities like Beirut.

For years, when such blasts occurred, Brig. Gen. Wissam al-Hassan led the investigations. He was credited with overhauling his nation’s intelligence forces, finding those responsible for targeted killings and preventing fresh attacks.

Al-Hassan and at least two others died in a massive explosion Friday in the typically peaceful and cosmopolitan Ashrafiyeh district of East Beirut that he called home.