Vladimir Zhirinovsky is a total nutcase, but WW3 has been planned for us by TPTB.

The name of what is arguably Russia’s most flamboyant, ultra-nationalist politician, and according to some the local incarnation of Donald Trump,  Vladimir Zhirinovsky, a deputy in the state Duma and leader of the nationalist LDPR party, is familiar to frequent readers: he most recently made an appearance on these pages two months ago, when he warned Germany that it risks utter destruction if it continued on its present track of operating Bundeswehr forces in the Baltics. Zhirinovsky also shares another feature with Donald Trump: both are outspoken to a fault. Which is why we were not surprised to read that as Reuters reported earlier, Zhirinovsky urged Americans to vote for Donald Trump as president or “risk being dragged into a nuclear war.” 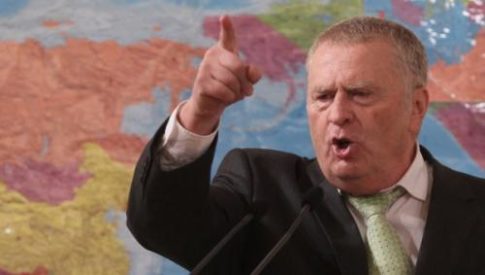 In an interview with Reuters, Vladimir Zhirinovsky, known in Russia and Europe for his fiery rhetoric, said that Trump was the only person able to de-escalate dangerous tensions between Moscow and Washington.

On the other hand, Hillary Clinton could spark World War Three, said the Russian who received a top state award from Putin after his pro-Kremlin Liberal Democratic Party of Russia (LDPR) came third in Russia’s parliamentary election last month. 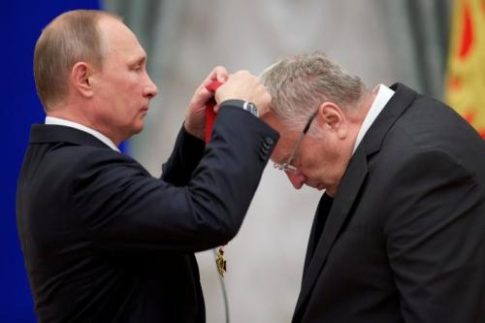 “Relations between Russia and the United States can’t get any worse. The only way they can get worse is if a war starts,” said Zhirinovsky, speaking in his huge office on the 10th floor of Russia’s State Duma, or lower house of parliament. “Americans voting for a president on Nov. 8 must realize that they are voting for peace on Planet Earth if they vote for Trump. But if they vote for Hillary it’s war. It will be a short movie. There will be Hiroshimas and Nagasakis everywhere.” 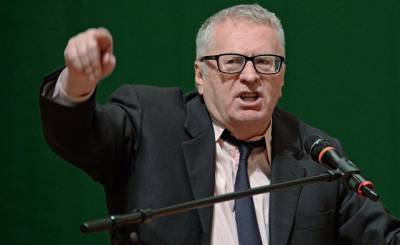 – ‘You Will All Die, Every Last One of You!’ Top Russian Politician Blasts NATO Members (Video):

‘Russian Trump’, leader of the Liberal Democratic Party of Russia, Vladimir Zhirinovsky, explains why it is historically dangerous to push Russia into a corner

This exchange between a German journalist and a flamboyant Russian politician who is often compared with Donald Trump, happened more than a month ago on Russia’s popular Channel 1.

It’s particularly revealing given that the July NATO summit in Warsaw decided to deploy more troops in Poland and the Baltic states.

Read moreAND NOW: ‘You Will All Die, Every Last One of You!’ Top Russian Politician Blasts NATO Members (Video)

– Putin told to NUKE Istanbul in revenge for downing of jet bomber by Turkey: 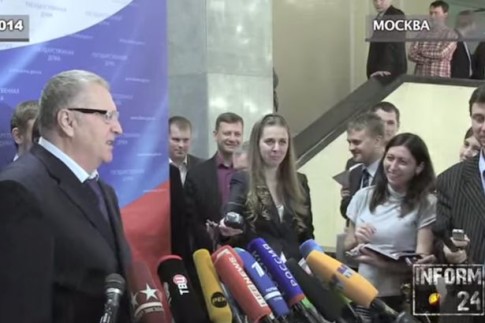 An enraged Russian politician urged Vladimir Putin to drop a NUCLEAR BOMB on Istanbul as revenge for Turkey shooting down a jet bomber.

Vladimir Zhirinovsky called for the extermination of nine million by annihilating the Turkish city during a radio interview.