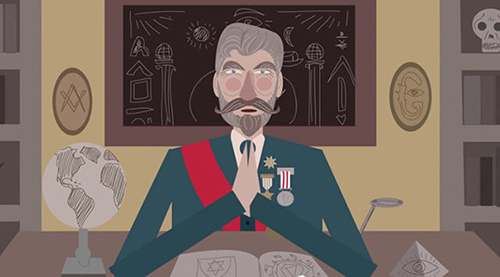 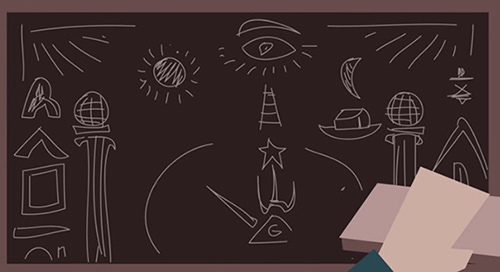 On the chalkboard behind the man is basically a full Masonic trestleboard, complete with the twin pillars, the all seeing eye and so forth. 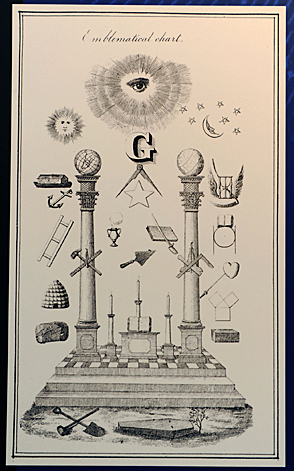 – Why So Much Occult Symbolism in Vanity Fair’s Video “How to Land a Hollywood Agent”? (Vigilant Citizen, Sep 6, 2013):

The magazine Vanity Fair created a series of short videos called Vanity Code, quick “how to” guides how to be a douchebag socialite – the “lifestyle” promoted by the magazine. The video entitled “How to Land a Hollywood Agent” humorously instructs small time writers how to become big time in Hollywood. While the humor somewhat caused me to expire air out of a my nose at some point, it is the blatant and flagrant symbolism that caused me to watch it again. Here’s the video.