A 1000 times less hazardous waste is still a billion times to much totally unnecessary waste.

A few weeks before the tsunami struck Fukushima’s uranium reactors and shattered public faith in nuclear power, China revealed that it was launching a rival technology to build a safer, cleaner, and ultimately cheaper network of reactors based on thorium. 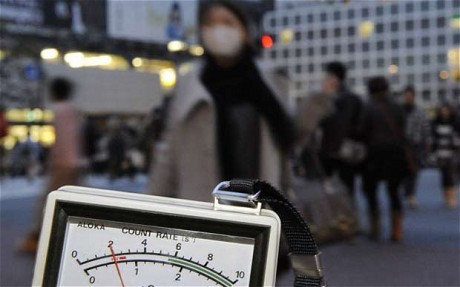 Thorium could be a much safer option for China which has been unsettled by the nuclear crisis in Japan where fears over radiation levels are rising Photo: AP

This passed unnoticed –except by a small of band of thorium enthusiasts – but it may mark the passage of strategic leadership in energy policy from an inert and status-quo West to a rising technological power willing to break the mould.

If China’s dash for thorium power succeeds, it will vastly alter the global energy landscape and may avert a calamitous conflict over resources as Asia’s industrial revolutions clash head-on with the West’s entrenched consumption.

China’s Academy of Sciences said it had chosen a “thorium-based molten salt reactor system”. The liquid fuel idea was pioneered by US physicists at Oak Ridge National Lab in the 1960s, but the US has long since dropped the ball. Further evidence of Barack `Obama’s “Sputnik moment”, you could say.

Chinese scientists claim that hazardous waste will be a thousand times less than with uranium. The system is inherently less prone to disaster.

“The reactor has an amazing safety feature,” said Kirk Sorensen, a former NASA engineer at Teledyne Brown and a thorium expert.

“If it begins to overheat, a little plug melts and the salts drain into a pan. There is no need for computers, or the sort of electrical pumps that were crippled by the tsunami. The reactor saves itself,” he said.

“They operate at atmospheric pressure so you don’t have the sort of hydrogen explosions we’ve seen in Japan. One of these reactors would have come through the tsunami just fine. There would have been no radiation release.”