I have maintained for quite some time that the only true “consumer confidence” statistic one should look at is that of gun sales.  The bottom line is people do not hoard guns when they are confident about the future of the country, and gun sales have never been better.  More evidence emerged as Smith & Wesson just announced record financial results.  From the company’s press released announced after the market close:

Net sales from continuing operations for the second quarter were a record$136.6 million, up 48.0% from the second quarter last year. The increase was led by continued strong sales across all of the company’s firearm product lines, including M&P™ branded products, such as pistols, modern sporting rifles, and the recently launched Shield™ pistol designed for concealed carry and personal protection.

Not only that, but they think the future is equally confident…for gun sales at least. 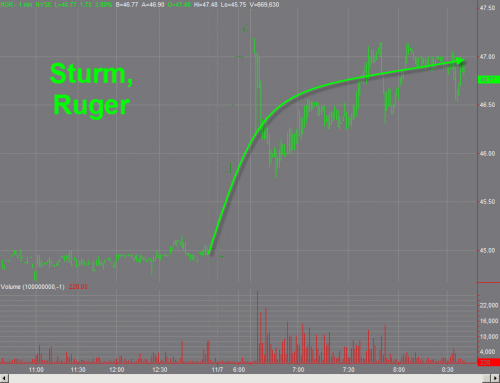 The attached chart of Smith & Wesson revenues needs no comment. 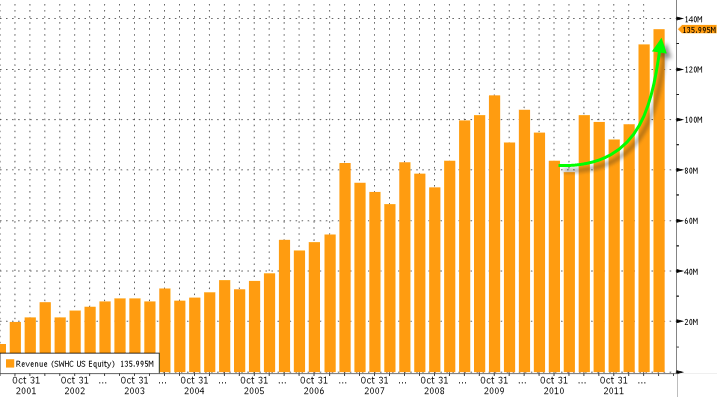 Well one comment: when the final bubble does pop (and here we make the wild assumption that no intelligent extraterrestrial life will be found to bail out the central banks in time), at least everyone will be locked and loaded.

And some highlights from the just released investor presentation: