– ‘Accomplice in igniting war’: Moscow says US crosses a line with lethal arms supplies to Ukraine:

The intention by Washington to provide lethal arms to Ukraine ‘crosses a line’ and pushes Kiev towards bloodshed, a senior Russian diplomat said, accusing the US of playing the role of warmonger in the Ukrainian conflict.

The move by the US government is an escalation compared to the previous practice of providing weapons to Kiev through contracts with American arms producers, Russian Deputy Foreign Minister Sergey Ryabkov said in a statement. “In a sense, the US has crossed a line.” 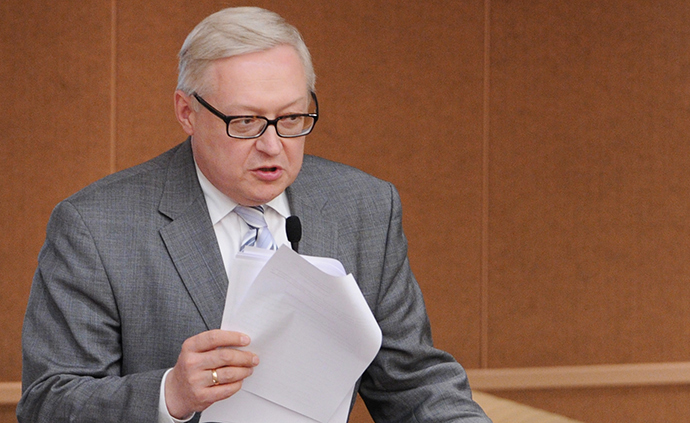 By imposing sanctions on Moscow, the US aims to change the political leadership, says the Russian Foreign Ministry, adding that Washington is “twisting the arms” of its allies so that they can continue an “anti-Russian front.”

“Behind the formally-declared aim to make us alter our position towards Ukraine, [we] see the [US] plan to form social and economic conditions to change leadership in Russia,” said Russian Deputy Foreign Minister Sergey Ryabkov.

According to Ryabkov, first of all Western countries wanted “to punish” Russia for “free will of people in Crimea and [the city of] Sevastopol,” who in a March referendum decided to separate from Ukraine and to join Russia.

Then they decided “that Russia has to, according to US opinion, totally change course towards the Kiev authorities and Eastern Ukraine in general, and to re-evaluate its foreign policy,” he said.