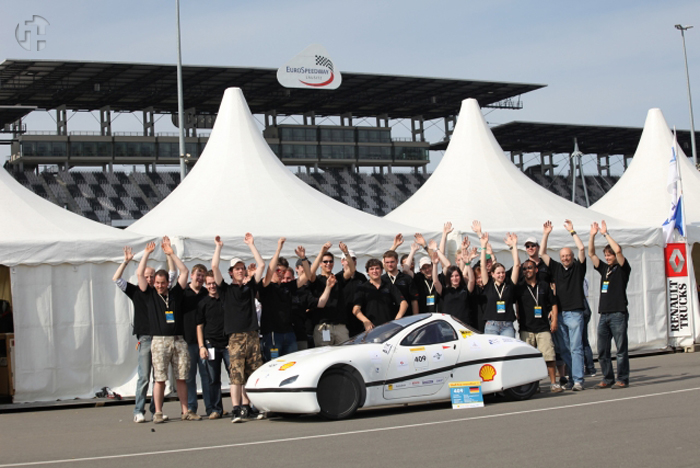 An experimental electric vehicle called “Schluckspecht” (“boozer,” or “tippler” in German) has set the record for achieving the longest drive in a battery-powered vehicle on a single battery charge. Its record-breaking distance was 1,013.8 miles (1,631.5 km). The trip lasted 36 hours and 12 minutes. The Schluckspecht E, as the winning machine is called, was developed at Germany’s University of Applied Sciences, Offenburg, in collaboration with other academic groups. The test drive took place in Boxberg at the Bosch corporate test track, where a team of four drivers made the trip, as they took turns navigating over the long stretch of hours.

While nothing beats a world record, this is not the first time Team Schluckspecht has made the EV design scene sit up and take notice. They also won attention at the South African Solar Challenge last year, driving 389 miles on a single charge.