And why not? Let’s give those migrants the best places. 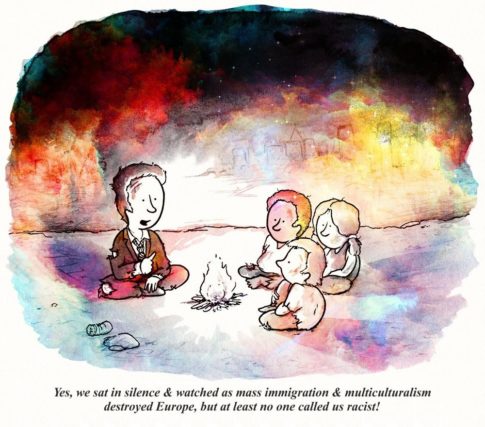 Big group of Muslim, African migrants plundering a restaurant in Italian town Villanovaforru (Sardinia). How long Europeans will tolerate those invaders? How many more people have to die, to be raped, attacked… before we fight back?

Could Sardinia become Switzerland’s 27th canton? In a bid to ease Italy’s economic woes, a Facebook campaign has been set up to sell the southern Italian island of Sardinia to the Alpine country.

The “Maritime Canton” (“Canton Marittimo”) Facebook group has gained more than 3,500 members attracted to the debate of selling Italy’s second-largest island to the wealthy Swiss.

“We are investigating the willpower of Sardinians of allowing Italy to sell Sardinia to Switzerland, to repay part of the public debt and restart the national economy,” the group description reads.