Research the history and the background of planned parenthood and its founder Margaret Sanger if you have time. 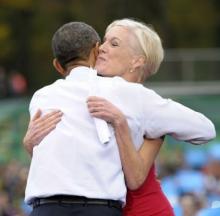 In a message published at the beginning of PPNNE’s 2012 annual report, PPNNE President Meagan Gallagher described the genesis of the project that produced the video on bondage and sadomasochism.

“We continued to grow our online presence, and launched an innovative social education project called ‘A Naked Notion’ (www.anakednotion.org),” wrote Gallagher. “The numbers show that young people took notice–PPNNE’s ‘A Naked Notion’ YouTube channel has been viewed more than a million times!”