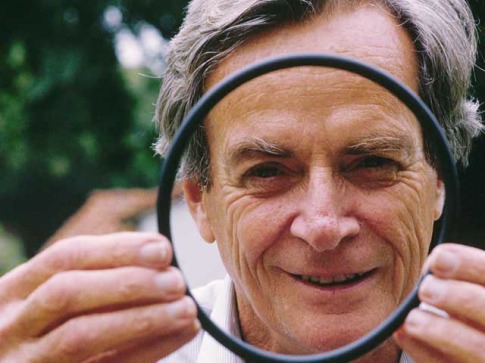 Read moreThe Farce That Is Economics: Richard Feynman On The Social Sciences

– NSA seeks to build quantum computer that could crack most types of encryption (Washington Post, Jan 2, 2014):

In room-size metal boxes ­secure against electromagnetic leaks, the National Security Agency is racing to build a computer that could break nearly every kind of encryption used to protect banking, medical, business and government records around the world.

According to documents provided by former NSA contractor Edward Snowden, the effort to build “a cryptologically useful quantum computer” — a machine exponentially faster than classical computers — is part of a $79.7 million research program titled “Penetrating Hard Targets.” Much of the work is hosted under classified contracts at a laboratory in College Park, Md.

But Communist hunt in 1950s showed only that he was brilliant, loyal — and a good drummer 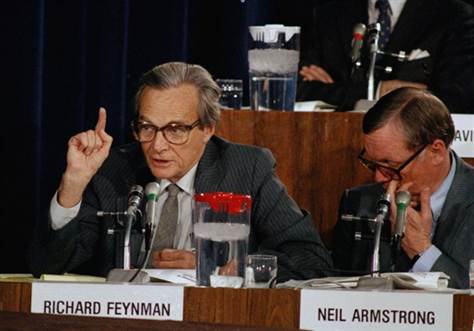 Richard P. Feynman makes a point during a panel investigation of the president’s commission on the fatal explosion of the space shuttle Challenger in Washington, D.C., in 1986. He helped figure out the cause of the disaster.

Physicist Richard Feynman helped create the atomic bomb, shared a Nobel Prize for his work on quantum electrodynamics, and helped figure out the source of the space shuttle Challenger explosion.

But he was also subject to scrutiny by the U.S. Federal Bureau of Investigation, as it sought to uncover communist sympathizers during the 1950s.

Now, documents from Feynman’s FBI file have been released and posted at MuckRock.com, a site dedicated to public records requests.