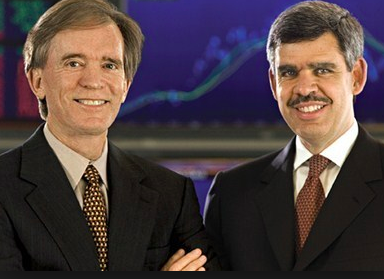 We realize the future for blogging was bright, but this bright? Moments ago, Bloomberg View, Bloomberg’s in house blogging operation, announced that El-Erian had joined it as a columnist. And just like that Mohamed has his own unedited venue in which to spill all the dirt on his former employer.

Bloomberg View today announced that Mohamed A. El-Erian is joining the opinion and analysis site as a daily columnist covering economic developments, policy and financial markets.

“Mohamed is one of the world’s most highly-regarded financial and economic observers – and he’s also a wonderful writer” said David Shipley, the senior executive editor of Bloomberg View. “We’re thrilled that he’s going to be sharing his insights with our readers on a daily basis.”