First fluoridate the drinking water like the Nazis and the Russians did in the concentration camps and gulags to make the prisoners docile and infertile and give the people antidepressants with fluoride as main ingredient like Prozac, then further chemically lobotomize them with even more drugs and vaccines and all is (Or)well in 1984.

More information on fluoride below the following article.

(NaturalNews) Drug researchers are working on a mind-altering chemical that could erase your memories. It’s all being pursued under the umbrella of “mental health” with claims that this could help victims of emotional trauma. The idea that you can “heal” a patient by chemically lobotomizing them is, of course, entirely consistent with the core mythology of modern medicine: If something’s wrong, you should poison it, burn it, irradiate it or cut it out… and then pronounce the patient “healed!”

In the case of memory-erasing drugs, scientists are reportedly working on a drug that would remove certain proteins from the brain’s “fear center.” This is based on the ludicrous idea, by the way, that memories are recorded solely by physical proteins in the brain — an idea that’s obviously based on an entirely outmoded mechanistic model of the human mind and brain.

Then again, modern medical science seems to be hopelessly stuck in the Dark Ages, believing that there must be a chemical cure for everything. Hence the ongoing waste of billions of dollars searching for a cancer cure as if it were some sort of acquired infection.

“Erasing a memory and then everything bad built on that is an amazing idea, and I can see all sorts of potential,” said Kate Farinholt, executive director of the mental health support and information group NAMI Maryland, in a Baltimore Sun story (http://www.baltimoresun.com/health/…). But even she can see this approach could be fraught with danger: “Completely deleting a memory, assuming it’s one memory, is a little scary. How do you remove a memory without removing a whole part of someone’s life, and is it best to do that, considering that people grow and learn from their experiences?”

Read moreScientists work on drug to erase your memories

Scientists have given fruit flies memories of traumatic experiences that never actually happened by directly manipulating nerve cells in their brains. 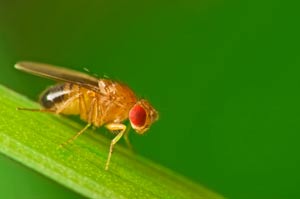 Researchers were able to directly write memories onto the brains of fruit flies. (iStockphoto)

Researchers in the U.K. and U.S. were able to create an association in the flies’ brains between an odour and an unpleasant experience, akin to an electric shock. The treated flies avoided the smell as if the bad memory had actually happened.

“Flies have the ability to learn, but the circuits that instruct memory formation were unknown,” Gero Miesenboeck of the University of Oxford said in a release.

Miesenboeck and his colleagues were able to isolate a circuit of just 12 neurons in the flies’ brains that was responsible for the memory.

To “write” the memories on the flies’ brains, the researchers injected them with molecules responsible for nerve impulses. The molecules were wrapped in a chemical “cage” that released the molecules when exposed to light.

The caged molecules were genetically targeted to activate only certain neurons.

So, instead of exposing the flies to an electric shock when a particular odour was present, they shone laser light on the flies, releasing the caged molecules and activating the targeted neurons.

Initially, the researchers made guesses as to which areas of the brain would be responsible for the memory, but through repeated experiments, they were able to pinpoint the 12 neurons responsible.