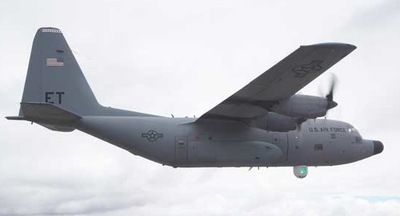 Step by step, Boeing and the Defense Department are getting closer to flying a gunship that fires lasers, instead of bullets.

After years and years of development, Boeing’s Advanced Tactical Laser, a modified C-130H turbprop plane, last week fired its chemically-powered ray gun “in ground tests for the first time,” the company says in a statement.

The plane is supposed to be a prototype for a flying laser blaster that can “destroy, damage or disable targets with little to no collateral damage, supporting missions on the battlefield and in urban operations.”

If “it performs to spec,” Lew Page at the Register notes, the ATL could “take out targets such as individual vehicles or cellphone towers, silently and from as far as 18-20 kilometers. People in the vicinity of an ATL strike might not realize what had happened until well after the event, if at all. This could be especially handy for Boeing’s initial customer – the US military’s secretive Special Operations Command.”

Last year, in lab tests at Kirtland Air Force Base, the ATL’s laser was fired 50 times. By the end of 2008, the plane is scheduled to “fire the chemical laser in-flight at mission-representative ground targets… through a rotating turret that extends through the aircraft’s belly,” according to the company.

It’ll certainly be a major day in ray gun history, if it happens. But the ATL relies on vats of toxic chemicals, to produce its laser blasts — which seriously limits its utility. So the military is hoping to get the integration, aiming, and beam-control kinks worked out with this chemical-powered ATL — and then switch over to electric lasers in the coming decade, to make for a more manageable airborne ray gun. 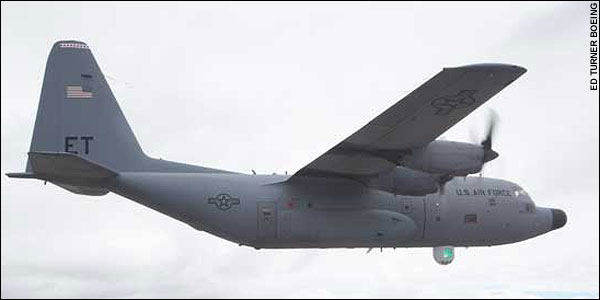 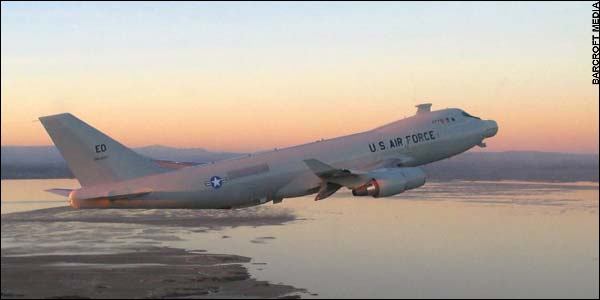 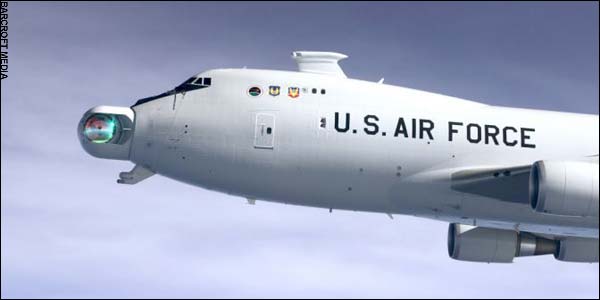