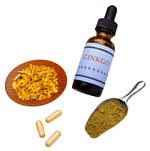 (NaturalNews) On the heels of shocking revelations that top psychiatric research Dr. Joseph Biederman secretly took $1.6 million from drug companies while conducting psychotropic drug experiments on children, it has been learned that Dr. Biederman is now one of the key collaborators behind the latest efforts to discredit St. John’s Wort. In a study published in the Journal of the American Medical Association and widely reported in the mainstream media, Dr. Biederman and fellow cohorts “concluded” that the St. John’s Wort herb is useless in treating ADHD in children.

What’s astonishing about this study, as you’ll learn in this article, is that all the children used in the study were given inactive forms of the St. John’s Wort herb where the active ingredients had been oxidized and rendered useless! In other words, this clinical trial, which was widely reported in the mainstream media with headlines like “St. John’s Wort Found Useless!” didn’t test the herb’s active ingredients at all! It sort of makes you wonder about the agenda of the people running the study, doesn’t it?

Keep in mind that one of the study’s authors, Dr. Biederman, is not merely on the take from drug companies that sell competing pharmaceuticals, but that he also lied about how much money he was being paid by drug companies, hiding the truth about his income by underreporting $1.6 million he took from psychiatric drug companies. See my report on that here: http://www.naturalnews.com/023408.html

Dr. Biederman has a clear financial interest in promoting patented prescription drugs for brain chemistry disorders while discrediting competing natural alternatives such as St. John’s Wort. This blatant conflict of interest was not disclosed by JAMA, nor was it mentioned in the text of the study on ADHD and St. John’s Wort. It appears Dr. Biederman would prefer his financial ties to Big Pharma continue to remain secret, even while producing questionable studies that desperately attempt to show that herbs don’t work.