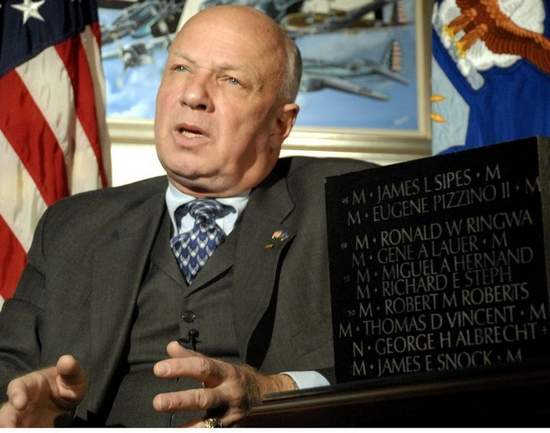 A top Pentagon aide trashed his own home just days before his body was found dumped in a landfill site, neighbours have claimed.

John Wheeler appears to have unsheathed his cadet sword, smashed some plates in the sink and overturned a plant in his kitchen during a rampage through the property.

The disclosure adds another layer to a mysterious and complex story surrounding one of Washington’s best advisers who served under three presidents during a decorated career.

Toxicology “didn’t play a role” in his death, officials said. Homicide victim John P. Wheeler III, a former Pentagon official and presidential aide whose body was discovered Dec. 31 in a Wilmington landfill, was beaten to death in an assault, the Delaware medical examiner’s office announced today.

The official cause of Wheeler’s slaying was “blunt force trauma,’’ agency spokesman Karl Kanefsky said about a case that has drawn worldwide media coverage.

Police reiterated today that the case remains under investigation but acknowledge they cannot fill in critical gaps in the murder mystery.

Within hours of the grisly New Year’s Eve discovery, state pathologists had ruled that the 66-year-old New Castle resident was a homicide victim, but until today authorities had been mum on the cause of his death — an unusual posture in Delaware, where such information is usually released promptly.

The four-week delay has helped fuel rampant speculation that Wheeler, a defense consultant and expert on chemical and biological weapons, was poisoned by enemies — a theory that persisted in part because he was seen stumbling around Wilmington in the days before he died and officials said they were awaiting the results of toxicology tests.

Hal G. Brown, deputy director of the medical examiner’s office, said he did not know what medications or chemicals, if any, were in Wheeler’s system, but said the death certificate makes it clear that toxicology “didn’t play a role’’ in Wheeler’s death. 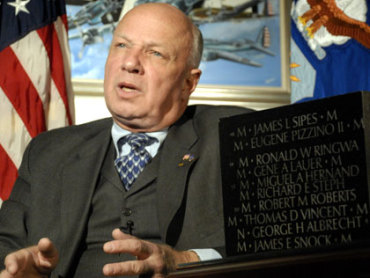 So Wayne Madsen hips me to this tip on John Wheeler III, whose name I didn’t recognize:

John Wheeler III, special assistant to Air Force Secretary during the 2007 B-52 nuke incident at Minot, found dead in Delaware landfill. Homicide concluded. Last seen on Amtrak from DC on Dec. 28. Dealing with neocons can be hazardous to one’s health. Not the first suspicious Air Force death as reported by WMR.

A bit more digging, so you have somewhere to start, brings me to Sodahead’s rather levelheaded opinion :

What the “news” is not telling you is –

Wheeler was the assistant to the Secretary of the Air Force in the George W. Bush Administration. It was the Secretary of the Air Force who discovered that Richard Cheney had set up an alternative chain of command to the nuclear weapons wing of the AF. In the process, six minutemen missiles armed with nuclear warheads were secretly transported from Minot AFB to Barksdale AFB. The later is the chief staging base for the Middle East war. The alarm system for the weapons was deactivated for the transport, something that not even the base commander could authorize. The orders had to have come from above. Many point to Cheney. Before the warheads could be flown via B-52 to the Iraq/Iran theater, the Secretary of the Air Force ordered the stand-down of all B-52 flights. When he discovered the alternative chain of command to Cheney, he fired all military personnel who were involved. Cheney was said to have been livid. The Secretary ordered an investigation of what the AF press release called an oversight, and 70 enlisted men and 5 officers were removed from the Minot nuclear system.

At the same time, people involved began to die mysteriously. Wheeler is only the latest casualty.

Read moreOh, It Was The John P. Wheeler III Who Was Involved In The Barksdale-Minot Nuke Incident Who Was Found In A Landfill!

– “We May Never Know” How John Wheeler Died (CBS News)

(USA Today) — Newark police reported Wednesday that John P. Wheeler III was spotted at 8:30 p.m. Dec. 30 as he wandered through a DuPont Co. building, apparently confused and disoriented — filling in five more hours leading up to the discovery of his body in a Wilmington landfill.

The former Pentagon official’s body was found about 13 hours later, on New Year’s Eve, lying in refuse at Wilmington’s Cherry Island Landfill. Law enforcement officials also confirmed Wednesday they are looking into a Dec. 28 smoke bomb incident at a New Castle home that had been the focus of several lawsuits filed by the 66-year-old Wheeler.

The home, which is under construction, is directly across the street from Wheeler’s house, blocking his view of the Delaware River. Wheeler contended in a long-running legal dispute the home violates the historic town’s zoning codes.

State fire officials reported that several low-powered devices — commonly used to smoke out small animals — were found. They caused only minor damage and officials said they originally talked to and released two teenagers who were spotted near the house. Though they have no suspects, investigators hoped to speak to Wheeler about the incident. 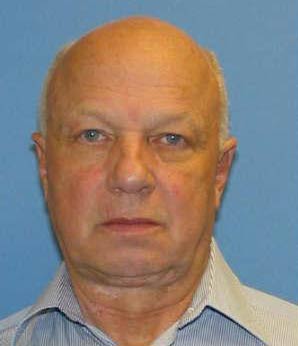 John Parsons Wheeler 3d, a Vietnam veteran officer who served in three GOP presidential administrations, and who chaired the committee that raised funds from businesses, agencies and prominent Americans to get the Vietnam Veterans Memorial built on the Washington Mall, was found dead in a landfill a few miles from his New Castle, Delaware home this weekend. Newark, Del. police say this is a homicide.

Wheeler, a Yale Law School graduate, was a defense industry consultant whose last government job was assistant to the Secretary of the Air Force in the last George W. Bush administration. He  had lately campaigned to return ROTC to Ivy League campuses, writes James Fallows of the Atlantic here. He’d quarreled with neighbors, says the Wilmington News-Journal here.