The federal judge who ordered Michigan to begin its recount on Monday effectively ended it this evening, extinguishing his earlier order, ruling that Green Party candidate Jill Stein “speculative claims” had no legal standing to request another look at ballots.

The Michigan Republican Party filed emergency motions with the U.S. 6th Circuit Court of Appeals early on Tuesday, seeking a stay of a federal judge’s order that started a statewide presidential recount in Michigan on Monday, even as another potentially “dealbreaking” snag has emerged to Jill Stein’s recount effort. 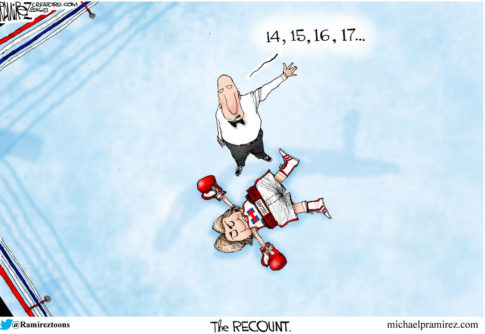 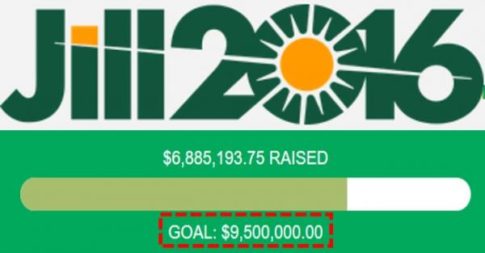 A few weeks ago we wrote about “The Mysterious Case Of Jill Stein’s Surging Recount Costs.”  Within that post we noted that each time Stein got close to reaching her stated fundraising goal, new costs would mysteriously surface causing her to raise her targets higher and higher.  After starting with a total fundraising goal of just $2.5mm on November 24th, Stein’s fundraising target ballooned to $7.0mm by the very next day as funds poured in from disaffected Hillary supporters.

Now, as Jill approaches her latest $7mm target she has decided to move the goal posts once more by raising her “goal” to $9.5mm.  Meanwhile, like in the past, Stein attributed the incremental cash needs to higher costs…this time courtesy of higher than expected recount fees from the state of Wisconsin.

– Green Party Rebels Against Jill Stein: “We Do Not Support The Recount”:

“As a candidate, Dr. Stein has the right to call for a recount. However, we urge the GPUS to distance itself from any appearance of support for either Democrats or Republicans. We are well aware of the undemocratic actions taken during the primaries by the DNC and the Clinton campaign. Greens cannot be perceived to be allied with such a party.”…

Experts pointed us towards WI, PA, & MI as the largest chance of fraud, but we would support efforts elsewhere to uphold election integrity. https://t.co/CypfEBc8Qn

Just yesterday we wrote a note asking why Jill Stein was pursuing these recount efforts (see “Is This The Democrats’ Real Strategy In Launching Recounts?“).  Certainly there is practically no hope of switching the ~100,000 votes that would be needed for Hillary to win WI, MI and PA and even the Obama administration and the Department of Homeland Security have confirmed that there is no evidence of election hacking.  Which left us to speculate that Stein is simply hoping to disrupt the electoral college process to push the 2016 election into the hands Congress while drawing the legitimacy of Trump’s presidency into question.

Revolution & civil war coming to the U.S., as predicted by Alois Irlmaier?

Hmmh. I would say it should happen AFTER the greatest financial collapse in world history.

So maybe this is just ‘preparing’ Americans for the coming (total) chaos.

“Congratulations on meeting the recount costs for Wisconsin. Raising money to pay for the first round so quickly is a miraculous feat and a tribute to the power of grassroots organizing.”

GOOD AS OFFICIAL: TRUMP WILL NOT BE PRESIDENT

Jim stone believes Trump is the real deal, which, in my opinion, he is not.

Trump is an elite puppet, just like Hillary, Killary, Hellary, the witch or whatever you want to call her.

Both are playing for the same Illuminati team …

Jill Stein, the Green party’s presidential candidate, is prepared to request recounts of the election result in several key battleground states, her campaign said on Wednesday.

Stein launched an online fundraising page seeking donations toward a $2.5m fund she said was needed to request reviews of the results in Michigan, Pennsylvania and Wisconsin.

Stein said she was acting due to “compelling evidence of voting anomalies” and that data analysis had indicated “significant discrepancies in vote totals” that were released by state authorities.

GOOD AS OFFICIAL: TRUMP WILL NOT BE PRESIDENT
GREEN PARTY CANDIDATE JILL STEIN IS ORDERING RECOUNTS IN WISCONSIN, MICHIGAN, AND PENNSYLVANIA
THEY CANT GET AWAY WITH HILLARY ORDERING THE RECOUNT, SO THEY ARE USING JILL STEIN. DURING THE RECOUNT, TRUMP WILL LOSE.
You thought they’d just let Trump walk right in and pull the plug on the swamp? WHAT A LAUGH, IT IS GAME OVER.

KISS IT GOODBYE
They could not swing the electoral college, so now team Hillary pinch hitter Jill Stein has now ensured a violent, bloody revolution.

I have been watching this, and the trolls are hitting it hard, saying everyone voted for Hillary and no one can believe any of those states went to Trump. And absolutely no comment is being allowed in any comment section that is speaking against this, or asking any questions at all about it. Total 100 percent controlled media smack down.”

THERE IS A LARGE AMOUNT OF DENIAL AND IGNORING THE TOPIC THAT THERE IS EVEN A RECOUNT, AND THE ELECTION IS IN THE PROCESS OF BEING STOLEN.

Why anyone in the alt media would ignore this is beyond comprehension, it is VERY REAL, 3 plus million dollars was raised in only 18 hours to pay for the recounts and accomplish the steal. EVERY DETAIL IS COVERED HERE, THIS REPORT IS WELL DEVELOPED, I got onto this within 10 minutes of it being official and have worked non stop. See the numerous reports and updates on this page.

I REPEAT: A BOT IS DOING THE CONTRIBUTIONS TO JILL STEIN’S ELECTION RECOUNT

By the math, and watching the progression, she will have 3.5 million dollars at exactly 12:05PM CST if only the BOT contributes. It is so fraudulent it can be calculated with precision! (If it happens before that it will be because real people chipped in, but it certainly will not be after 12:35! My original calculation still stands: 4.5 million by no later than 6:30 PM CST. This is covered in more detail on this page, (scroll down)

JILL STEIN’S ELECTION RECOUNT IS BEING PAID FOR BY A BOT!

A bot is pulling cash from a central fund, and giving it out at a pre determined rate. 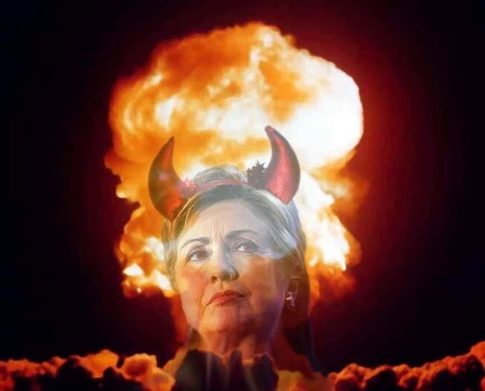 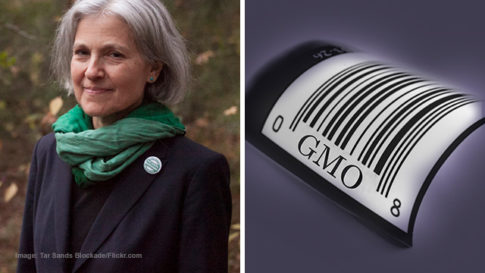 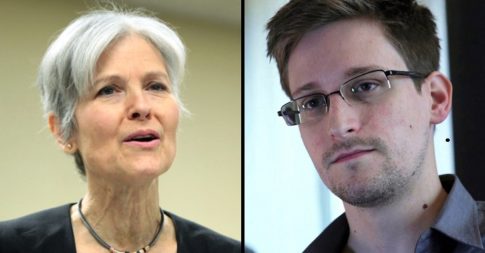 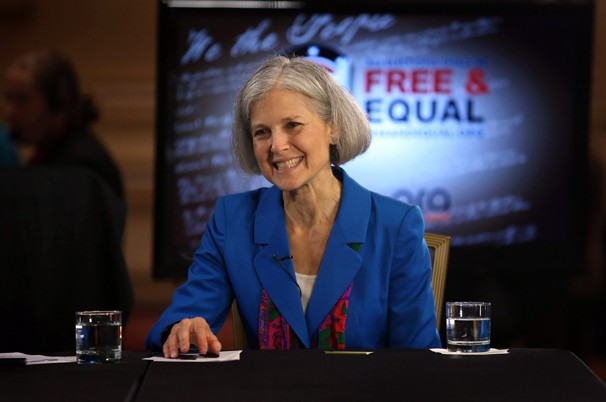