– Official Report: West Coast hit with 220,000,000 atoms per liter of Iodine-129 in rain after Fukushima — 15 Million year half-life — Detected in aquifer that supplies drinking water to large number of people — “Transported rapidly” to Canada and US — Elevated levels continued for many months:

Matt Herod, Univ, of Ottawa Ph.D Candidate, Dec 21, 2015 (emphasis added): A recently published paper (by myself and colleagues from uOttawa and Environment Canada) investigates… [Iodine-129] which was released by the Fukushima-Daichii [sic] Nuclear Accident… Within 6 days of the FDNA 129I concentrations in Vancouver precipitation increased 5-15 times… sampling of groundwater revealed slight increases in 129I… The results in rain show an increase in 129I concentrations of up to 220 million atoms/L… 129I anomalies [in groundwater wells], which occurred exactly when the recharge age predicted they would, suggests that some of the 129I deposited by Fukushima was reaching the wells… [P]ulses of elevated 129I occurred for another several months. Elevated 129I concentrations were measured in two wells… indicating that 129I from Fukushima can be traced into groundwater… [M]odeling has shown that 129I can be rapidly transported to the water table…

Read moreOfficial Report: West Coast hit with 220,000,000 atoms per liter of Iodine-129 in rain after Fukushima — 15 Million year half-life — Detected in aquifer that supplies drinking water to large number of people — “Transported rapidly” to Canada and US — Elevated levels continued for many months

ACRO is a NPO that was created just after the Chernobyl disaster in 1986 and has been monitoring radioactivity in the environment for 25 years together with the concerned populations. It runs a laboratory with the highest scientific standards that is accredited by the French authorities. Its activity is complementary to the official monitoring because it is aimed to answer to the questions of the population.

ACRO was involved during several years in a project in the contaminated areas of Byelorussia to implement radioactivity measurement stations in villages and develop a culture of radioprotection. The European Union and the Swiss ministry of foreign affairs supported our contribution.

After the nuclear disaster of Fukushima, ACRO has extended its Citizen Watch of Radioactivity in the Environment to Japan.
We have received samples from the Fukushima and Miyagi prefectures that show an alarming contamination.

• Soil and water were collected by Japanese citizens on the 31st of March 2011.

• Vegetables and mushrooms taken on the 2nd of April in the Sendai area by French journalists.

• Vegetables bought on the 22st of April in a supermarket in Osaka.

• Seawater collected on the 16th of april in Soma (Fukushima prefecture)

The contamination is very large and comparable to the environment of Chernobyl.
The Maeda field of Iitate-mura is the most contaminated place.
Iodine contamination is the largest and it is better to evacuate the population.
On the long time range, cesium 137 is the most worrying element because it has a half-life of 30 years.

Regarding the results expressed in Bq/kg of soil, most of them are higher than the limit fixed by the Japanese authorities at 5 000 Bq/kg for agriculture. Rice cannot be cultivated.

Most of the results are higher than one of these limits.

The results show that the four samples collected in the Sendai area (80 km from Fukushima dai-ichi) are tainted with artificial radionuclides released from the crippled NPP.

Densities of cesium 137 measured in the vegetables (Chinese cabbage, komatsuna and tsubomina) are above the limits set by Japanese authorities (500 Bq/kg). These vegetables should not be eaten.

VEGETABLES BOUGHT IN A SUPERMARKET IN OSAKA: ACRO’s RESULTS

ACRO has analyzed samples collected in various locations in Japan by Japanese citizens. Except for Kobe, all these samples are contaminated by numerous radioelements coming from the fallouts of Fukushima.
The large densities in the straw are due to the fact that straw is light: the same amount of pollution falling on a square meter gives a contamination per kilogram far larger with straw than with soil.
The previous analysis that we did on soil samples coming from Fukushima prefecture showed that iodine 131 was dominating. But this element has a quite short half-life (8 days) and disappears relatively quickly: the densities measured this time are lower than the ones for caesium.
The tellurium 129m decays into iodine 129 that has a very long half-life: 16 millions years. This element should be carefully monitored in the surrounding the nuclear power plant.
A mid-term, caesium 137 will be the most problematic element: the densities measured are all below the limit of 5 000 becquerels per kilogram fixed by the Japanese authorities for the culture of rice.
If we calculated the contamination of the caesium 137 in becquerels per square meters, all the values in Fukushima prefecture are higher that the limit of 185 000 becquerels per square meter that gives right to migration in Byelorussia.
The contamination in the Miyagi prefecture is also quite large, confirming the large contaminations of the vegetables that we measured in this prefecture.

Read moreResults Of ACRO’s Radiation Monitoring In Japan (05/17/2011 Update): ‘The Contamination Is Very Large And Comparable To The Environment Of Chernobyl’ 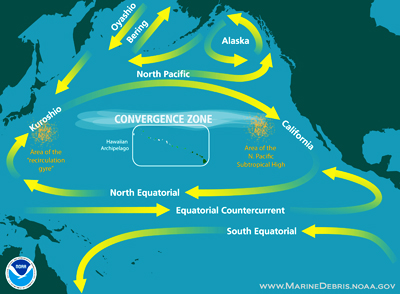 Read moreIAEA Scientists Interested In Fukushima Technetium-99 (Half Life Of 210,000 Years!) And Iodine-129 (Half Life Of 14 Million Years!) Releases