– Four Brazil Nuts Once a Month…:

One of the craziest studies I read all year involved feeding people a single serving of brazil nuts to see what it would do to the cholesterol levels of healthy volunteers. They gave ten men and women a single meal containing zero, one, four, or eight Brazil nuts, and found that the ingestion of just that single serving almost immediately improved cholesterol levels. LDL, so-called “bad” cholesterol levels in the blood, was significantly lower starting just nine hours after the ingestion of nuts, and by no insignificant amount, nearly 20 points within a day. Even drugs don’t work that fast. It takes statins around four days to have a significant effect.

But that’s not even the crazy part.

And no, the study was not funded by the brazil nut industry.

Interestingly, four nuts actually seemed to work faster than the eight nuts to lower bad cholesterol and boost good cholesterol. These results suggest that eating just four nuts might be enough to improve the levels of LDL and HDL for up to 30 days, and maybe longer—they didn’t test past 30.

Now normally, when a study comes out in the medical literature showing some too-good-to-be-true result like this you want to wait to see the results replicated before you change your clinical practice, before you recommend something to your patients, particularly when the study is done on only ten people, and especially when the findings are literally just too incredible to be believed. But when the intervention is cheap, easy, harmless and healthy—eating four Brazil nuts a month—then, in my opinion, the burden of proof is kind of reversed. I think the reasonable default position is to do it until proven otherwise.

They concluded a single serving was sufficient “without producing liver and kidney toxicity.” What they’re referring to is the high selenium content of brazil nuts—so high that four eaten every day may actually bump us up against the tolerable daily limit for selenium, but not something we have to worry about if we’re just eating four once a month.

“Pretty damning.
But despite a growing awakening, most still bury their heads and the media and the people responsible stay silent. Nobody knows what to do.
Online tips point to distilled water and bamboo silica powder, as chelators, plus…. 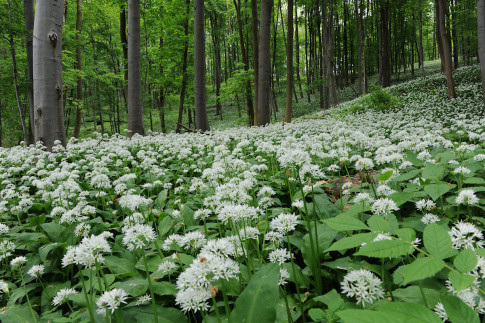 If you are really loaded with mercury, etc. and take a high dose of cilantro you might get yourself into trouble.

Use other more gentle detoxification methods first, before using cilantro.

Radioactive particles can be detoxed just like ‘ordinary’ heavy metals.

In addition to apple pectin he also used spirulina & chlorella and the hair of those poor children grew back.

Heavy metals can do significant damage to the body. Historically, they’ve been used as “an instrument of murder” (in the case of arsenic) and instruments of war. But most people who are exposed to heavy metals in today’s times are through their food, water, vaccines, or the air around them. The good news is that there are natural ways to chelate heavy metals from your body.

In high amounts, heavy metal toxicity can cause numerous symptoms like headache, nausea, vomiting, sweating, and even death. In lower amounts toxicity from lead or mercury, for example, can have much subtler effects. In either case, however, ridding the body of these harmful metals is important.

There are Brazil nuts available in raw food quality. 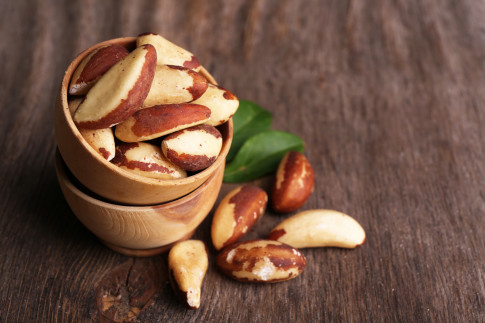 This unusual story, edited for Well Being Journal, is of a West Australian farmer told by a reader of Nexus Magazine (www.nexusmagazine.com), which published the story in its print edition, January/February 2006 issue, page 9. The farmer lives in Melbourne, Australia, and the story is “full of happy endings, almost too good to be true.”

This farmer was diagnosed with bowel cancer. His doctor/surgeon arranged a date for him to check into the hospital to have the cancer removed. In due course, on the date set, after he was checked into the hospital, the doctor/surgeon visited him in his room to tell him that, based on a review of all the tests indicated, his heart was not strong enough to survive such major surgery.