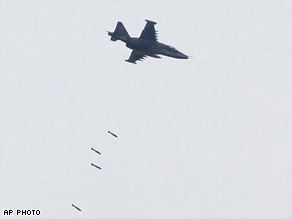 Read moreFighting with Russia spreads to cities across Georgia