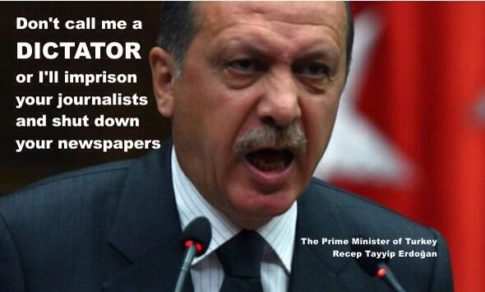 – Gulen Movement Funded by Heroin Via the CIA?:

Court records and the testimony of former government officials show that Fethullah Gulen, who presently resides in Pennsylvania, has amassed more than $25 billion in assets from the heroin route which runs from Afghanistan to Turkey.
Sibel Edmonds, a former FBI translator, testified that the drug money has been channeled into Gulen’s coffers by the C.I.A.

Read moreAll the world’s a stage, and they are all Illuminati puppets: Turkey’s first son Bilal Erdogan enjoys dinner with ISIS leaders – Sibel Edmonds: Gulen movement funded by heroin via the CIA

Bilal Erdogan, son of Turkish President Recep Tayyip Erdogan and alleged patron saint of Islamic State’s illicit oil trafficking enterprise, is being accused on money laundering in Italy. His lawyers “have nothing to say.”

– Are These The Tankers Bilal Erdogan Uses To Transport ISIS Oil?

– Meet The Man Who Funds ISIS: Bilal Erdogan, The Son Of Turkey’s President

– Are These The Tankers Bilal Erdogan Uses To Transport ISIS Oil?:

“Effectively, we have been financially discriminated against for a long time. By early 2014, when we did not receive the budget, we decided we need to start thinking about independent oil sales” —  Ashti Hawrami, Kurdistan’s minister for natural resources

In June of 2014, the SCF Altai (an oil tanker) arrived at Ashkelon port. Hours later, the first shipment of Kurdish pipeline oil was being unloaded in Israel. “Securing the first sale of oil from its independent pipeline is crucial for the Kurdish Regional Government (KRG) as it seeks greater financial independence from war-torn Iraq,” Reuters noted at the time, adding that “the new export route to the Turkish port of Ceyhan, designed to bypass Baghdad’s federal pipeline system, has created a bitter dispute over oil sale rights between the central government and the Kurds.”