“When you recall all the politically created hate &vitriole against this “evil” Religious icon & his following, this revelation really does put ALL politicians everywhere in a pot of excrement.” 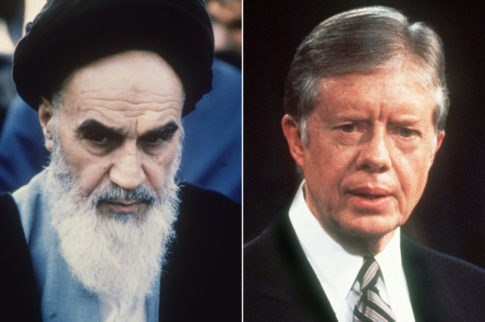 – Another ‘Conspiracy’ Confirmed: Khomeini Had A “Secret Channel” With The US:

It’s been an open secret that the US organized and enabled two of the three major events in modern Iranian history: the overthrow of the democratically elected Prime Minister Mohammad Mossadegh in 1953 and the Shah’s subsequent reign of terror (and eventual exile). But newly-released documents confirm that the US had a larger role than previously admitted in the third: the Islamic Revolution of 1979.

The documents, reported on last week by the BBC’s Persian Service, confirm that Ayatollah Khomeini was in direct communication with US President Jimmy Carter in the crucial weeks following the Shah’s departure from Iran on January 16, 1979. And, despite vigorous denial by the Iranian government, the records show that Khomeini struck a conciliatory tone with the US government as he attempted to broker his return to the country.

Read moreAnother ‘Conspiracy’ Confirmed: Khomeini Had A “Secret Channel” With The US