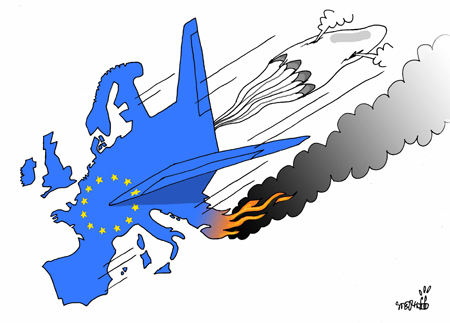 Initially it was just an unconfirmed report circulating in the German FAS media that the local FinMin had proposed a “temporary Grexit” option. Then it got some more traction when a ZDF journalist reported that it was much more than just speculation…

Schäuble´s idea of a “Temporary Grexit” not yet discussed at Eurogroup meeting. But paper exists and circulates. #Greece

It now appears that this was not only not a rumor, but Schauble’s sentiment is contagious: moments ago Finnish broadcaster MTV reported that first Finland, and then the Eurozone’s smaller, if somewhat more solvent nations, Estonia, Lithuania, Slovakia, Slovenia and even the Netherlands, support the German position on temporarily suspending Greece’ Euro membership.