And you better hope that he can manifest out of thin air!!! 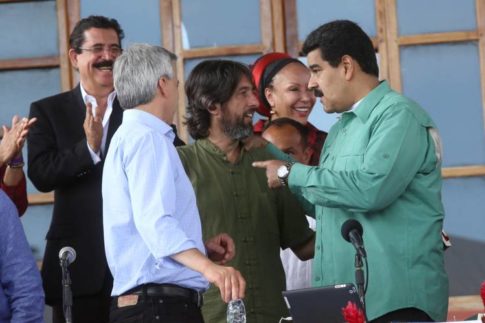 – In Last-Ditch Effort To Save The Economy, Venezuela’s Maduro Hires Marxist “Jesus Christ Of Economics”:

When socialism fails, your citizens are starving and all hope is lost, you look for… Marxist Jesus? Nicolas Maduro has hired what he calls the “Jesus Christ of Economics” Alfredo Serrano, a 40-year old Marxist economist from Spain as his new main economic advisor.

The previous economic advisor, Miguel Pérez Abad, was fired last week after he endorsed the plan, which called for direct subsidies to the poorest families, the elimination of foreign-exchange controls and a reduction of price controls according to the WSJ.