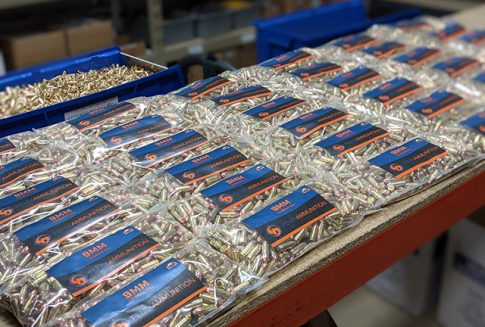 Fenix Ammunition in Novi, Michigan is demanding customers “check a box stating they did not vote for Joe Biden” in order to purchase their ammo.

We've had a few potential customers call this morning to ask why they have to check a box stating they did not vote for Joe Biden in order to purchase our ammunition.

First question – are we serious?

Yes, we are serious. Joe Biden ran on a campaign built on the most radical gun control platform a major party candidate has ever had, including banning the online sale of ammunition. Essentially, a plan to bankrupt our company.

Second question – couldn't I have voted for him for other reasons?

Sure, that's possible, but if you did, you should immediately sell any firearms you own out of solidarity.

Third question – are you really willing to walk away from a paying customer simply because they voted for Joe Biden?

We don't want your money, and you shouldn't want us to have it because we're going to use it to make more ammo, sell it to the citizenry, and do everything in our power to prevent Joe Biden's administration from usurping the rights of Americans.

We have no problem talking to Biden voters and educating them on what they did, but they have to be willing to acknowledge their ignorance at the very least. We're not going to sit here and debate with you.

We're a 2A company and these are our first principles.

They’re under no delusions about Trump, either:

Trump was an idiot who let the ATF run wild, to be sure, but it's quite different when you're running on a platform that explicitly seeks to end the Second Amendment.

Fenix said they’re selling out of their product in a matter of minutes.

See you in two weeks.

The demand for ammo over the past year has been unprecedented. Shooting sports company Vista Outdoor Inc. revealed back in November they had “over a year’s worth” of backlogged ammo orders worth more than $1 billion, Fox Business reported.

Gun sales hit a record high in January after the Black Lives Matter riots and the ensuing surge in homicides in most major cities.

The Biden regime declaring half the country “domestic terrorists” and rounding up dissidents to throw them in prison for as little as stepping foot in “The People’s House” or sharing memes on Twitter four years ago is no doubt another major factor.

“Michigan, Rhode Island, and Maryland saw the most significant increase in gun sales last year. Firearms sales increased by over 100% in those three states.”