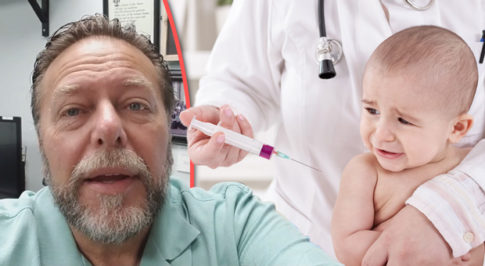 A top doctor has gone on the record to blow the whistle in a video statement and reveal that flu vaccines have been laced with “cancer-causing ingredients.”

Dr. John Bergman has revealed the influenza vaccinations being used to combat the latest H3N2 strain, are virtually ineffective and being forced onto the public through fear tactics to spread cancer.

According to the Centers for Disease Control and Prevention (CDC), the current flu strain is the most severe to date, and leads to more extreme, and often fatal, symptoms. Tens of thousands of people have died so far during this flu season, and as the mortality rate rises, so does the fear, and citizens are queuing up for flu shots, all while Big Pharma is cashing in.

Now, according to Dr. Bergman, evidence has emerged that the vaccinations may be causing far more damage to people’s health than anyone could have previously anticipated

According to Anna Treague, a health official for Public Health, the severity of H3N2 has been caused by mutations in the virus that triggered by influenza vaccinations.

In a statement to ABC news, Treague confirmed that this year’s flu strain, that has left thousands of citizens dead, was caused by the vaccines itself, saying:

“That is at LEAST part of the reason that influenza cases are so widespread this year.”

Treague clearly states that the vaccination is at “LEAST” part of the problem, if not the WHOLE problem.