– Assad Must Go… But When? Ex-US Ambassador Sees ‘Change in Policy’ Toward Syria:

While Trump has called for a US troop withdrawal from Syria, Syria’s envoy to the UN signaled that Damascus has not received any official data on the pull-out proposition. Speaking to Radio Sputnik, former Assistant Secretary of State for Near Eastern and South Asian Affairs and ex-US Ambassador to Syria Richard Murphy commented on the issue.

Sputnik: Why is it that we are hearing different statements from the US President and the Pentagon?

Richard Murphy: Well, I think, what you are hearing is a phenomenon that Americans still try to get used to, where the president makes statements almost on impulse and then his advisors tell him: “Look, here is the situation, that we are in and here is a considered strategy of how to change our situation.” He is out there saying: “We must do, I want to do this.” It’s confusing, there is no question.

Sputnik: So, in your opinion, who actually makes the calls about America’s military activity in Syria?

Richard Murphy: Decisions are ultimately in the president’s ends coming from the Oval Office. But they will reconcile contradictory views and opinions of the US military, of the US State Department, that is the purpose of the National Security Council to coordinate different approaches and advise the president on the best approach. In this case he is out front of his advisers has already somewhat modified the statements that you are referring to.

Sputnik: This is not the first time the US has vowed to remove its troops from Syria; do you think they will ever leave?

Richard Murphy:… the fair question there is no clear cut answer and that’s because the situation in Syria is in so totally confuse with factions within Syria, conflicting interests of the outside powers, be they Turkish, Iranian, Russian, [or] American. The world is playing in a very small geographic area called Syria and Syria does not speak with one voice: Syria has the president, yes, but Syria has hundreds of different voices speaking for the militias, for the political critics of the president. It’s a very difficult situation to work in.

Sputnik: What’s your particular take on US proposals for regime change? French President Macron said on record that maybe President Bashar al-Assad should remain as president now. So there are a lot of mixed voices globally in terms of commentary. As an ex-ambassador what would you as a conclusion for this particular situation?

Richard Murphy: Well, my first desire would be to see Syria get back to a situation where there is not this active conflict between the regime and its citizens and its opponents. The human cost in lives lost and suffering, of blood and treasure, has been enormous. Up to half a million people have lost their lives in the country and many-many more have been driven out of the country. The counter-currents are still very-very strong. The regime in Syria is determined to prevail. I think you’ve seen a change in American policy towards the regime — they are not calling for its immediate withdrawal. But Washington does not see how the regime can survive, given the misery that it has brought its own population to suffer.

Sputnik: Why is the US continuing to violate Syria’s sovereignty?

Richard Murphy: Let’s see what happens at the metings. The latest meeting involved Russia, Iran and Turkey in Istanbul [Ankara] presumably looking for a reconciliation within Syria and other arrangements which will respect Russian interests as well as Turkish and Iranian interests. The Americans do not have a comparable specific interest such as Turkey’s immediate neighbors have in Syria. But we have friends, and we have very much valued the support given by the Kurdish troops in our struggle against the Islamic State [Daesh/ISIS/ISIL]*. We value and respect the concerns that Israel feels about the way the Syrian government has opened its doors to Iran’s interest in establishing a corridor across the area to support its friends in Hezbollah in Lebanon. A day is going to come when we can sit and try to reconcile our interests, but it has not come yet. I do remember the cautions expressed by my Soviet colleague when I arrived in Damascus as Ambassador back in the middle-1970s, a long time ago. He said: ‘Look, Syria accepts everything from Moscow, but it does not accept Moscow’s advice.’ It was the comment of a Soviet diplomat who had years of experience in this country […]

“THE WAR IN SYRIA IS FAR FROM OVER

Doesn’t this little exchange explain the difference between the official Government and the Deep State.
Originally the U.S., on behalf of the Deep State, invaded Syria as per Gen.Wesley Clarke’s exposee of the big plan, when they invaded Iraq, even though there was no evidence whatsoever that Saddam had anything to do with 9/11.

Under the pretext that Assad (a democratically elected President of Syria) must be removed for gassing his people, a claim that was subsequently disproved, the US illegally invaded a sovereign nation member of the United Nations, and nobody said a word, such is the hypocrisy and total domination by the Deep State.

Following Russia’s intervention and the destruction, with Syria’s Army, of the false US/Saudi funded ISIS mercenaries, the Deep State is bitter, and are still planning Assad’s removal so they can bring permanent chaos to Syria as part of their War on Terror, as they have with Egypt, Libya, Sudan, Yemen, Iraq, Ukraine and of course, the mineral and drug rich golden egg, Afghanistan.” 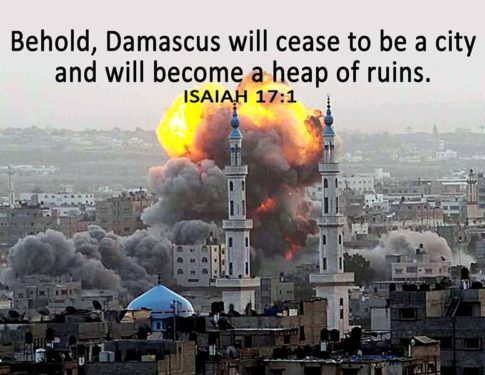