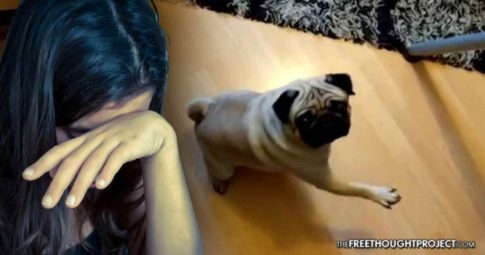 As the Free Thought Project reported earlier this month, a jaw-dropping independent investigation has revealed that hundreds of children, some as young as 11-years-old, are estimated to have been drugged, beaten, and raped over the last several decades in a single town. According to the investigation, the abuse was allowed and is continued to be allowed because authorities look the other way.

For decades police have not only looked the other way as a massive child sex trafficking ring grew in their backyard but they also attempted to claim that “in most cases the sex is consensual.”

Countless victims and former victims have come forward detailing their abuse and the current abuse taking place in the British town of Telford. Despite hundreds of testimonies and graphic details, police have failed to act as they hide behind the idea that a child can somehow consent to sex with an adult.

In spite of dozens of the alleged abusers being named by their victims, little to no arrests have been made.

Consequently, just a little farther north from where this sex trafficking ring is currently taking place, a man was arrested, tried, and convicted of a hate crime because he made a joke video with his girlfriend’s dog.

An extremely disturbing precedent has just been set as a man’s attempt at humor has gotten him charged with and convicted of a hate crime while dozens of pedophiles walk free. As TFTP reported Wednesday, Mark Meechan now faces prison for a tasteless joke to get a reaction from his girlfriend.

In spite of apologizing, having no other history of racism, and providing a decent excuse as to why he would teach a dog to do a Hitler salute, the court, made up of apparently easily offended peers, found him guilty.

As JC.com reports, Meechan, of Coatbridge, Lanarkshire was convicted on Tuesday at Airdrie Sheriff’s Court in Scotland.

“My girlfriend is always ranting and raving about how cute and adorable her wee dog is,” Meecham said. “And so I thought I would turn him into the least cute thing I could think of, which is a Nazi.”

Meecham was subsequently found guilty of violating the Communications Act of 2003, which criminalizes the use of public telecommunications to send messages that discriminate against others based on their religious beliefs.

“I don’t actually hate Jewish people and the video was just an insight into the darker side of my humour, a prank to annoy my girlfriend and that I did not intend for people, other than people who knew my comedy, to see the video,” Meechan said, as he apologized for offending anyone. He then noted that the Holocaust was “an awful thing, and should never have happened, but, we still joke about it, because in our eyes laughing about terrible things often make them easier to deal with.”

The sheriff then attempts to justify throwing a man in a cage for a year because it “offended him.”

“The accused knew that the material was offensive and knew why it was offensive. He would have known it was grossly offensive to many Jewish people,” the sheriff explained.

Well, Sheriff O’Carroll, while this joke was certainly offensive, we find the continued abuse, trafficking, and rape of children far more offensive and we think it deserves far more attention than some ignorant YouTube video of a dog.

Indeed, the case of the former cop in the UK getting caught with 1,500 indecent images of children including pictures of rape, walking scot-free out of a courtroom earlier this year—with no jail time—was far more offensive than any silly dog on YouTube ever could be.

“As these people are discovered it is only right that they must be assisted in their search for salvation and forgiveness.
That assistance should be given by the victims and their families, immediately and before the system is allowed to cover the abuse up.”