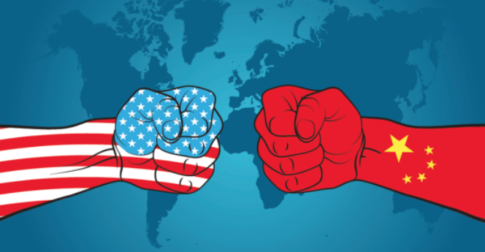 Having rejected a plan for imposing $30 billion in tariffs on Chinese imports last week, saying they weren’t big enough; President Trump is reportedly planning to unveil by Friday, a package of $60 billion in annual tariffs against China.

Trump is following through on a long-time threat that he says will punish China for intellectual property infringement and create more American jobs, and, as The Washington Post reports, the timing of the tariff package, which Trump plans to unveil by Friday, was confirmed by four senior administration officials.

The package could be applied to more than 100 products, which Trump argues were developed by using trade secrets the Chinese stole from U.S. companies or forced them to hand over in exchange for market access.

WaPo also notes that many of the financial ministers at the G-20 meeting have also alleged that China should make changes to its trade policies, but so far most have tried to cajole Beijing multilaterally, a strategy that Trump has said doesn’t work.

Trump this month announced 25 percent tariffs on imported steel and 10 percent for aluminum and they will also take effect Friday.

As Bloomberg reminds us, Canada and Mexico are already excluded from the levies, and the Trump administration has left the door open for Australia and possibly other allies to win a similar concession if they can show they are trading fairly and are national-security partners. Planned retaliation from the European Union to China has triggered concerns over a global trade war.

And as we warned previously, the recently announced global steel and aluminum tariffs (with various exemptions) by the Trump administration were just a (Section 232) preview of the main event: Trump’s imminent trade war with China, which as Credit Suisse previews, will be unveiled any moment in the form of tariffs and restrictions on trade with China, reportedly in retaliation for Chinese IP violations.