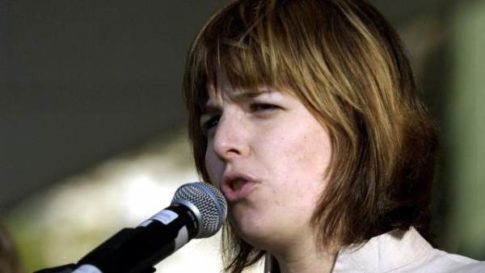 – Swedish Politician Who Fought for Equality and Open Borders Is Beheaded in Congo:

Zaida Catalan was a Swedish Green Party politician who believed in open borders.

She was the former leader of the Young Greens of Sweden.

In March of 2017 Zaida Catalan was beheaded in Congo.

Zaida Catalán (6 October 1980 – March 2017) was a Swedish politician who was a member of the Green Party and leader of the Young Greens of Sweden between 2001 and 2005. She was known for her work in animal rights, equality and the sex purchase law (which she supported).

Equality is one of the cornerstones of the Greens’ ideology. They promised equal pay for equal work, breaking gender segregation in employment, splitting parental leave into three parts (one for each parents and one freely transferable including to a third person close to the child), fighting violence against women, quotas for women on the boards of stock market-listed companies, investments in school health (to fight mental health problems), laws against sexist advertising which perpetuate gender norms, improving sex ed, improving support to people who have faced abuse and a law on gender mainstreaming.

In line with this, the Greens are the most pro-immigration party, enthusiastically supporting open borders (or a world without borders). Its manifesto endorsed a liberalization of asylum laws (an automatic right to a permanent residence permit if an asylum seeker hasn’t been deported within 2 years, facilitating family reunification, people born and permanently residing in Sweden should automatically obtain citizenship); better integration (easier access to housing and jobs for new arrivals) and fighting discrimination.

Zaida Catalán was killed while on a UN mission to the Democratic Republic of the Congo in March 2017. On 12 March 2017, Catalán and another UN employee were kidnapped during a mission near the village Ngombe in the Kasai Province in the Democratic Republic of the Congo. They were both found dead on 27 March. Catalán had been beheaded and was found in a shallow grave.