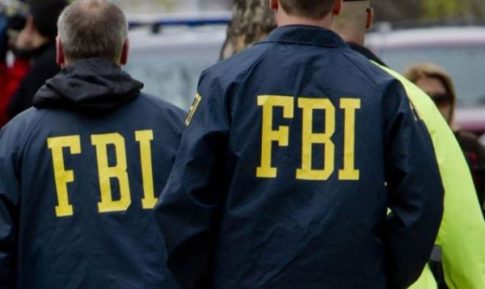 – FBI Supervisor Walks Into A Bar, Meets A Stripper, Wakes Up With No Gun, No Rolex, No Dignity…:

With a whole host of controversies surrounding the FBI, from Comey’s mishandling of Hillary’s email case to Mueller’s Uranium One blunders, the last thing the agency needed was yet another scandal.  Unfortunately, thanks to the late night drunken antics of one counterterrorism supervisor and a gaggle of strippers, a new embarrassing scandal is exactly what they have.

Sometime back in July, Robert Manson, a unit chief in the FBI’s international terrorism section, walked into a bar at the Westin Hotel in Charlotte, NC with his Glock .40-caliber handgun, a $6,000 Rolex watch, $60 in cash and some portion of his dignity.  But, according to a newly revealed police report, after inviting at least one of the classy young ladies of the night back to his room for the evening, Manson apparently woke up the next morning with none of those things.

Per the New York Times:

An F.B.I. counterterrorism supervisor is under internal investigation after a woman stole his gun following a night of heavy drinking in a North Carolina hotel, according to documents and government officials.

In July, Robert Manson, a unit chief in the F.B.I.’s international terrorism section, had his Glock .40-caliber handgun, a $6,000 Rolex watch and $60 in cash stolen from his room at the Westin hotel in Charlotte, N.C., according to a police report.

“Investigators determined that the victim, Robert Manson, met a woman in the hotel bar the prior night and took her back to his hotel room,” Robert Tufano, a spokesman for the Charlotte-Mecklenburg Police Department, said in a statement.

At 6:30 the next morning, police officers for the department were called to the hotel. Mr. Manson was incapacitated because of alcohol, according to the police report, which he did not file himself. A fellow agent, Kevin Thuman, gave the report, which says the theft happened from 2 a.m. to 5 a.m. The hotel bar closes at 2 a.m.

Adding to the hilarity of the event, while they failed to disclose it originally, Manson’s fellow agents later told the police that the women they had been boozing with the night before were exotic dancers.  Oddly, that little detail didn’t make it into the official police report.

Of course, no arrest has been made to date but we’re sure the FBI is thoroughly enjoying the investigation into Charlotte’s finest establishments…

Here is the full police report for your amusement: