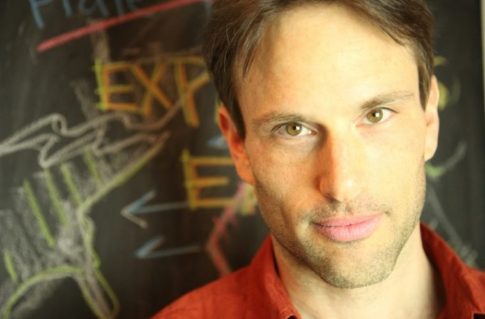 – Alternative Media Mourns The Tragic Loss Of One Of Its Best Investigative Journalists: Liam Scheff:

What struck me about Liam was his grasp of the vital contemporary issues in his field. His field was a restricted but growing one, that of the variance between the ‘official stories’ and the ‘truth’ which is investigated, observed and recorded by ‘the people’. In the contemporary world we must all play our part in attempting to explain this dichotomy. In the corral of illness and pharmaceutical drug production to investigate and write about these contradictions takes considerable courage and can only be approached by those who have a clear intellectual insight. Liam was one of these people. Martin Walker – Investigative Journalist and Author

It’s with great sadness that we share this tragic news about the recent passing of investigative journalist and humanitarian, Liam Scheff.

For those who have not come across him before, I wanted to share his work with you, and the tragedy that led to his untimely passing.

Liam first came into the alternative media scene when he broke a story highlighting the scandal of the NIH clinical trials involving the testing of new HIV drugs on black and poor children that had been taken away from their parents. While the center called them ‘orphans,’ some of the grandparents were wanting to look after them.

But there were other plans for these children.

In the early 2000s Liam was contacted by Christine Maggiore, who had been speaking to a lady who said her grandson had been taken away into care to the Incarnation Children’s Centre, (ICC)  a Catholic ‘orphans home’ for HIV positive children in NYC. She described an almost unbelievable story to Liam where she said children were being given — by force — HIV drugs, which she said were making them very sick, very fast.

Back then, HIV drugs, or ‘AZT’ as they were to be known, were rejected chemotherapy drugs and were incredibly toxic to healthy cells. 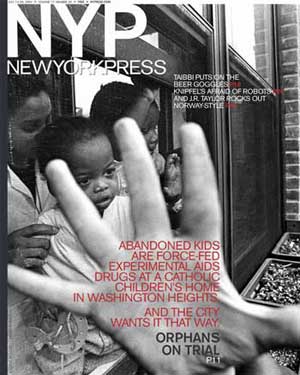 Liam took a visit to the center himself, and after what he witnessed, started investigating deeper, and wrote this news piece on what was going on. Hundreds of children (532 in total) were involved in this trial, which was supported by government agencies and pharmaceutical companies.

Liam wrote in the article “The Incarnation Children’s Center Story” that it was admitted that over 200 children from the study died:

They reported that twenty-five children died during the drug studies, that an additional fifty-five children died following the studies (in foster care), and, according to Tim Ross, Director of the Child Welfare program at VERA (as of 2009), 29% of the remaining 417 children who were used in drug studies had died (out of a total 532 children that are admitted to have been used). [LINK]

Many of the children would not willingly swallow the bitter and foul tasting pills. Some of the ‘defiant’ and ‘non-compliant’ children were then taken away to have surgery and had tubes put in their stomachs so that they would still receive the medication. Liam interviewed one of the foster parents about what was going on:

Mona, who knew that the medications were making her foster kids worse, decided to stop them and started instead, taking the children to a naturopath, where they both became a lot stronger and healthier. You’d think that this would please the doctors — to see that their health was improving — but in the case of this drug trial, it most certainly did not. After Mona questioned if these drugs were safe, the Doctors took the children back from Mona, started them on the medications again, where poor health ensued.

Because of the drug’s toxic effects, many other children got incredibly ill quickly and one boy, named Amir, whom Liam got to know, eventually died. Liam witnessed other children dying during his investigation, too.

Those close to Liam say that he never quite recovered from seeing this kind of cruelty dished out to children such as Amir.  Perhaps this is one of the reasons why Liam fought hard to wake people up to what often goes on in the world when pharmaceutical companies and corrupt governments are involved.

Liam’s brilliant investigative work led to other news outlets such as NBC reporting the story and the BBC made a documentary called Guinea Pig Kids, which I highly recommend you watch. You can also listen to an interview Liam did about his research into the trials at Incarnation Children’s Centre. His articles on the ICC drug trials led to the Associated Press taking the story nationally, where they found it going on in at least seven other US states.

Back then, Liam was onto something. He was right to suspect that the drugs were dangerous and causing great harm to those poor children. Liam behaved like true investigative journalists should behave. You investigate something, find out the proven facts – and no matter what you go up against – you expose it.

It’s now a fact that those HIV drugs were far too toxic.

Liam then became very vocal about the dangers of HIV drugs, and also encouraged people to start questioning whether the HIV tests were actually accurate, or if they could give false positives. He became a magnet for attacks from those in the powerful and highly profitable medical industry, but this did not deter him; he never backed down, and has since spoken in many HIV documentaries, such as House Of Numbers.

Liam’s written work was brilliant (which you can see on his website), and his analyses and hard hitting investigative style were second to none. He was also an excellent speaker and debater. You had to be brave, and truly know your stuff, to go against the powerful industries that Liam threatened.

Investigative journalist Celia Farber had this to say about Liam’s work: “The way Liam channelled the whole ‘story,’ and everybody in it, and all the angles of the trap, all the countless attacks, and all the ways in which they have blocked all the exits–was powerful and original.” 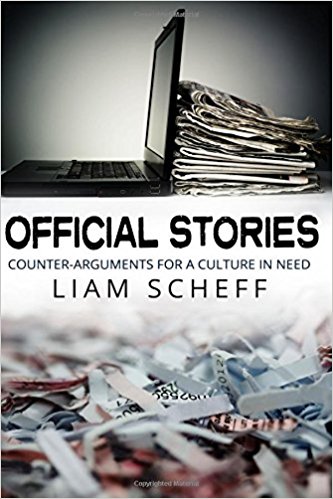 He had been interviewed many times, and also co-hosted on the Robert Scott Bell radio show who had this to say about Liam’s work, ”Liam was a consummate teacher, he taught often by questioning, by throwing things back at you, which, at times could be very uncomfortable and force you to confront your own beliefs about the world, and how we got here, and I certainly appreciated it. I can’t say that there weren’t times that I felt uncomfortable on the air when he questioned the things that he brought. I value learning and I feel that life is that’

One of the most powerful spoken pieces I personally think he did, which shows his truly brilliant mind at its best and how he puts his deep thoughts into words, is this one — “Killing Mothers in America – Vaccination” — which I urge you to watch.

Liam’s most recent passion was inspiring people to take a look into peak oil, for which he made this excellent video. He asked, are we running out, and if so, what should we do?

What Happened to Liam Is a Warning to Us: Too Much Dentistry Can Cause Irreversible Harm

Liam deeply cared about people, and did not like to think of humans unnecessarily suffering. So he would want you to know what happened to him — something that ultimately ended his life — and to urge you to be very careful about what dental treatment you put yourself through, especially if you are one of the many ‘hypersensitive people’ out there in the world. Being hypersensitive means your nervous system is likely to be very poor and if you do any treatments that are stressful, either from certain medications and/or procedures, it could put your health in further, more serious jeopardy.

In 2016, after realizing his teeth were in need of treatment, Liam visited a dentist who told him he needed many fillings. While he did not have any mercury fillings put in, the huge amount of drilling, the hours and hours laid stretched back in the dental chair, and the high amount of pain relief through injections that he received, ended up causing Liam irreparable nerve pain, where no treatment, no drug, nothing, could make the pain — and the extreme tinnitus — go away. Liam suffered greatly for a year, trying whatever he could to fix it, but nothing helped.

Something broke, something in my brain, my cerebellum, my hearing center. I’m not the only one in the world with this problem. Many people have “tinnitus.” A noise that they can hear if they really listen for it. But that’s not what I have when I lay down at night.

I have an electric sander working the inside of my skull; I have a hornets nest somewhere inside and behind my left ear and a small siren in my right. Night is most often much worse than day, and requires such a heaping handful of pills to try to convince the central nervous system to ignore it….

Those who have experienced lots of trauma often have very hypersensitive reactions to things, much more so than most people. Liam was one of those very hypersensitive people, and halfway through having this extensive treatment, he did wonder if what he was doing were the right thing. He expressed after — and would want you to take note of this — that he wished he had listened to what his intuition was telling him and stopped having the dental work.

Sadly, after realizing he couldn’t make the debilitating pain and loud noises go away, which were so loud that he couldn’t sleep without taking huge amounts of medications, Liam tragically took his own life a few short weeks ago. Those who knew him realized this was something he was planning, as he spoke about it often, but it has still left a huge mark in our hearts.

Liam wrote about what had happened to him in his final blog post, “Dear Friends,” which he requested to be published after he passed away, which was 6 April, in Riverside, California.

Liam was not only a brilliant journalist, one whose ethics always came before profit, but also an exceptionally gifted human being who cared deeply about what was going wrong in the world. He tried to fix as much of these wrongs as he could, and his work did make a difference.

Liam, and all he had to offer us, will be greatly missed, but as with most talented people who leave this world far too soon, he — and his work — will live on.

“Be well, love each other, be kind, farm, garden, watch the horizon, never stop learning, and remember, the truth won’t set you free. We’re not here to be free; we’re here to work, to struggle, to love, to fight, to surrender, to fight again, to laugh, cry, and again, and always… and you can never say it enough or live it enough: to love and keep your heart full of the lives of others.”

The Truth About Love

And for more of his writings:

more of Liam’s work into the ICC

A tribute radio show to Liam with Robert Scott Bell

Liam would want you to see this: The Oil Alarm