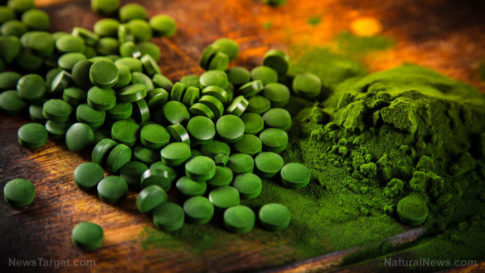 A meta-analysis of chlorella supplementation, published in the journal Clinical Nutrition, reveals that chlorella helps support the cardiovascular system, as reported by NutraIngredients-USA.com.

Previous studies on chlorella had varied findings because of the differences in their study designs and subjects. Moreover, the findings were “not fully conclusive,” according to the researchers at Shahrekord University in Iran. Therefore, they evaluated the effectiveness of chlorella on cardiovascular risk factors.

The researchers analyzed 19 studies up to Jan. 2017 on chlorella supplementation and those that had sufficient data on changes of lipid profile, blood pressure, body mass index (BMI), and fasting blood glucose – all of which are common factors that influence risk of cardiovascular disease.

Results from all the studies showed that chlorella consumption reduced total cholesterol levels. However, the researchers argued that the bioactive compounds in the single-celled microalgae can optimize metabolism of lipids.

“The water-soluble fibers, which are high in chlorella (13g/100g), bind to the digested fat and reduce the absorption of sterols (such as cholesterol) from the intestine; therefore, the amount of sterols in the feces increase,” the researchers argued.

In addition, the analysis revealed that the consumption of chlorella had greater effect in unhealthy participants in contrast to their healthier counterparts. This is because it greatly enhanced indicators such as blood pressure and total cholesterol.

Meanwhile, the researchers noted that the effects of chlorella on BMI was not conclusive. In addition, they suggested that the efficacy of chlorella intake with different natural antioxidants, lipid-lowering agents, or glucose-lowering drugs should be studied more to evaluate the ability of combination therapy on cardio-metabolic health.

Chlorella is a type of green algae that contains chlorophyll. It is packed with nutrients and promotes good health. This green algae grows in freshwater ponds and is common in South East Asia. It was discovered by a Dutch microbiologist in 1890 and was examined as a possible source of protein by German scientists. However, it was only globally studied after the Second World War in an attempt to feed people cheaply, but it was found to be uneconomic. Later on, the National Aeronautics and Space Administration (NASA) assessed it to be an ideal food for astronauts. It could also be grown on space stations, supposedly. To be used as a supplement, chlorella must be dried to a paste, crushed to a fine powder, and turned to tablets.

Chlorella has a lot of health benefits, according to an article by HealthLine.com. Chlorella is considered to be a superfood because of the important nutrients it provides, including amino acids, antioxidants such as vitamin C and E, beta-carotene, bioactive substances, carbohydrates, dietary fiber, enzymes, minerals, proteins, and vitamins.

Aside from its benefits on cardiovascular health, chlorella can remove toxic heavy metals from the body that can lead to health problems and can detoxify radiation, especially for people who are undergoing chemotherapy. The superfood can also enhance the immune system, aid in digestion, boost the metabolism. aid in weight loss, provide energy, and improve cognitive function.