Deport those all those “grateful” migrants (at gunpoint) and bring back peace and prosperity to Sweden. 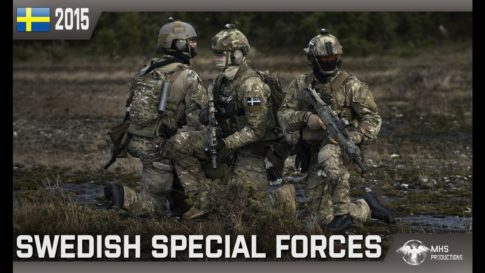 – Swedish Politicians Call For Army to be Deployed to No Go Zones to Keep Peace:

Twenty members of the Moderate Party in Sweden have proposed the government deploys the armed forces in some of the country’s most dangerous no-go zones to combat “gang violence”.

Moderate Party politician Mikael Cederbratt made the proposal this week saying: “The situation in our areas of exclusion has deteriorated. The gangs have taken over and the police have had to retreat. Swedish law no longer applies there.”

Cederbratt was backed up by 19 other Moderate party members who signed a motion to deploy members of the Swedish armed forces in the heavily migrant populated Stockholm suburbs of Hallunda-Norsborg, Tensta, Rinkeby, and Husby Botkyrka Direct reports.

“It is absolutely necessary to do something, because these gangs are like cancerous tumours in our country, and it is urgent. My absolute belief is that we, the nation of Sweden, must declare war on criminal gangs,” Cederbratt said.

“It is the responsibility of the state to maintain the law, especially the police. But the police today do not have the numerical ability to maintain public order,” he added.

In certain no-go zones, police have been brutally attacked, some of which has even been caught on video. In Rinkeby, police have been trying to build a new, more secure police station for months but have been unable to find building contractors due to the danger of working in the area.

Cederbratt said that the military could take on police functions in the areas. “For example, a police bus and a night in Norsborg could be manned by four to five soldiers led by a police inspector,” he said.

“Military police are perfect. We also have a group of UN military unions who have learned this kind of work in very difficult situations abroad. If they receive supplementary education, they can work very well under the guidance of a police officer in Sweden.”

The situation for Swedish police has become dire with Swedish National Police Commissioner Dan Eliasson begging for help from the government earlier this year.

The threats to the police have also begun to increase after a police station was bombed earlier this week in Helsingborg with authorities refusing to rule out potential terrorist links.