Both China AND Russia have stated that they will defend Iran.

President Trump has been notoriously inconsistent in his foreign policy. He campaigned on and won the presidency with promises to repair relations with Russia, pull out of no-win wars like Afghanistan, and end the failed US policy of nation-building overseas. Once in office he pursued policies exactly the opposite of what he campaigned on.

Unfortunately Iran is one of the few areas where the president has been very consistent. And consistently wrong. 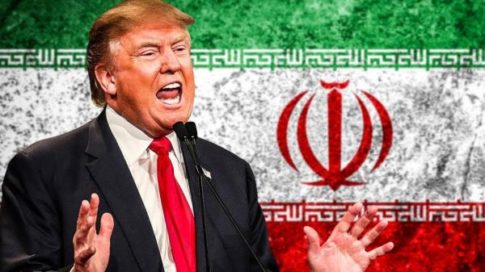 In the president’s speech last week he expressed his view that Iran was not “living up to the spirit” of the 2015 nuclear agreement and that he would turn to Congress to apply new sanctions to Iran and to, he hopes, take the US out of the deal entirely.

Nearly every assertion in the president’s speech was embarrassingly incorrect. Iran is not allied with al-Qaeda, as the president stated. The money President Obama sent to Iran was their own money. Much of it was a down-payment made to the US for fighter planes that were never delivered when Iran changed from being friend to foe in 1979. The president also falsely claims that Iran targets the United States with terrorism. He claims that Iran has “fueled sectarian violence in Iraq,” when it was Iranian militias who prevented Baghdad from being overtaken by ISIS in 2014. There are too many other false statements in the president’s speech to mention.

How could he be so wrong on so many basic facts about Iran? Here’s a clue: the media reports that his number one advisor on Iran is his Ambassador to the UN, Nikki Haley. Ambassador Haley is a “diplomat” who believes war is the best, first option rather than the last, worst option. She has no prior foreign policy experience, but her closest mentor is John Bolton – the neocon who lied us into the Iraq war. How do these people live with themselves when they look around at the death and destruction their policies have caused?

Unfortunately the American people are being neoconned into another war. Just as with the disastrous 2003 US attack on Iraq, the media builds up the fear and does the bidding of the warmongers without checking facts or applying the necessary skepticism to neocon claims.

Like most Americans, I do not endorse Iran’s style of government. I prefer religion and the state to be separate and even though our liberties have been under attack by our government, I prefer our much freer system in the US. But I wonder how many Americans know that Iran has not attacked or “regime-changed” another country in its modern history. Iran’s actions in Syria are at the invitation of the legitimate Syrian government. And why won’t President Trump tell us the truth about Iranian troops in Syria – that they are fighting ISIS and al-Qaeda, both of which are Sunni extremist groups that are Iran’s (and our) mortal enemies?

How many Americans know that Iran is one of the few countries in the region that actually holds elections that are contested by candidates with very different philosophies? Do any Americans wonder why the Saudis are considered one of our greatest allies in the Middle East even though they hold no elections and have one of the world’s worst human rights records?

Let’s be clear here: President Trump did not just announce that he was “de-certifying” Iran’s compliance with the nuclear deal. He announced that Iran was from now on going to be in the bullseye of the US military. Will Americans allow themselves to be lied into another Middle East war?