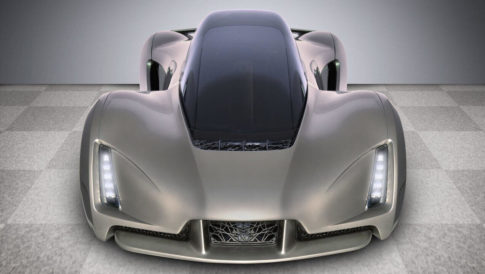 If you’re interested in cars, you likely know all about Jay Leno’s Garage. If not, this is an Emmy-winning TV show in which the former late night talk show host and comedian reviews and tinkers with unique automobile designs.

Recently, Leno took a joyride in the Divergent Blade, the “world’s first 3D printed supercar”. Developed by the California company Divergent 3D, this environmentally friendly vehicle has already been around for quite some time.

Although it was released at the Pebble Beach Concours in California back in 2015, it’s still causing a stir around the automotive industry. The car has a 720-horsepower Mitsubishi Evo engine and has a top speed of around 320 km/h (200 mph).