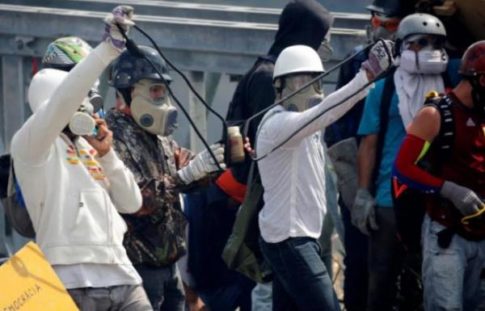 Opposition supporters use a giant sling shot ‘Crapapult’ to throw ‘Poopootovs’, a bottle filled with feces, during a rally against President Nicolas Maduro in Caracas.

With the Bolivar having lost 99.5% of its value in the last few years, a shortage of resources and the ferocity displayed by security forces tasked with breaking up increasingly desperate demonstrations have forced protesters to come up with creative new forms of self-defense…