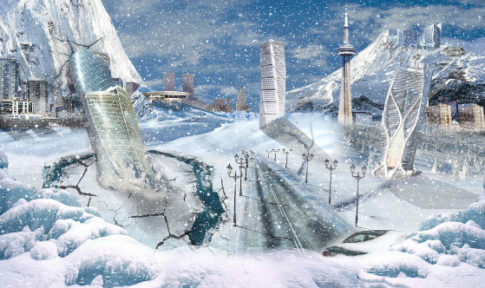 – New Study: The Earth Has Not Warmed In 19 Years, Mini Ice Age Coming:

A study that the mainstream media will likely attempt to hide and brush under the rug, has declared that the Earth has not warmed in 19 years. This calls into question every single hack, including Barack Obama, who claimed “climate change” was a “settled science.” But don’t celebrate just yet. There is a very real reason liberal governments need “climate change” believers.

Unfortunately for those who insist the earth is warming, the facts just simply don’t support that rhetoric. As it turns out, the Arctic sea ice is thicker than ever and the global temperature trend has not warmed for 19 years. This is likely the reason leftists intent on taxing in the name of global warming had to rename changes in earth’s climate to “climate change” from “global warming.”

The fact is, that global climate scientists used the word “plummet” to describe the earth’s current changing temperatures. They also believe the earth is on course for a “mini ice age.” Scientists anticipate that this little ice would occur in the next three years, based on solar cycles. These findings were published by Telegraph UK, and discovered by Danish Meteorological Institute (DMI).

Research shows a natural cooling cycle that occurs every 230 years began in 2014 and will send temperatures plummeting even further by 2019. Scientists are also expecting a “huge reduction” in solar activity for 33 years between 2020 and 2053 that will cause thermometers to crash. Both cycles suggest Earth is entering a global cooling cycle that could have devastating consequences for global economy, human life and society as we know it. If predictions of the world-wide big freeze come true, the plot to 2004 film The Day After Tomorrow would not be far from reality during winter. –Telegraph UK

David Dilley, the CEO of Global Weather Oscillations Inc., told Daily Star Online that global warming and cooling cycles are determined by the gravitational forces of the Earth. Meaning the moon and the sun control our climate changes far more than any human activity. “We have had five warming cycles since about 900AD, each followed by a dramatic cooling cycle,” Dilley said. 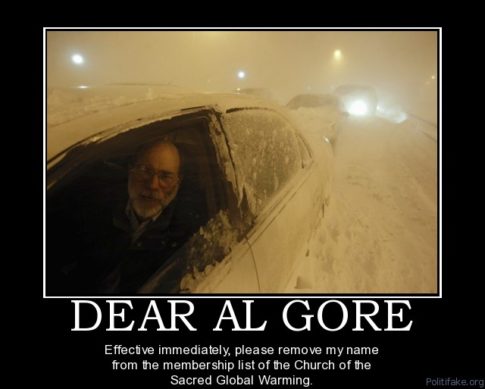 The ice age would have absolutely nothing to do with human impact on climate change, but instead the activity of the sun and how solar cycles impact our climate. This is all based on a mathematical model that shows the sun might “quiet” down in the coming years thus impacting our climate as well. But the consequences on individuals and businesses have already been felt in a real way. Governments continue to enact ever more stringent regulations to try to offset this global “warming” leading individual thinkers to ponder the implications.

Disingenuous statements about climate are good excuses to raise taxes on everything from gasoline to electricity, so of course, liberals and statists love to believe in the “science” behind climate change. But the facts are simply not there. Every season we hear about how we are going to all die because of rising sea levels and increasing temperatures on the Earth. And every year, we somehow seem to survive while being forced to pay higher taxes and regulatory fees for “climate change.” Maybe, just maybe, it is possible that climate change is nothing more than a fabricated issue so governments can tax and regulate everything under the sun.

“I was shocked to read this, as we sit wrapped up in May, like it’s February.”