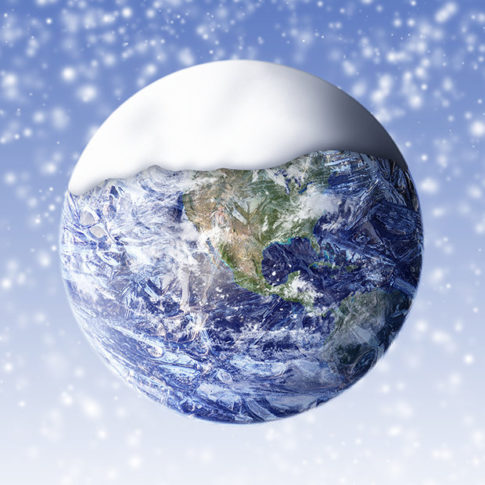 – ICE AGE BRITAIN: River Thames will FREEZE OVER on ‘this date’ – and could kill millions:

A GLOBAL cool down will “march in with vengeance” to usher in a 100-year mini-ice age that could freeze over the River Thames, climate scientists told Daily Star Online.

Experts told Daily Star Online planet Earth is on course for a “Little Age Ice” within the next three years thanks to a cocktail of climate change and low solar activity.Research shows a natural cooling cycle that occurs every 230 years began in 2014 and will send temperatures plummeting even further by 2019.

Scientists are also expecting a “huge reduction” in solar activity for 33 years between 2020 and 2053 that will cause thermometers to crash.

Both cycles suggest Earth is entering a global cooling cycle that could have devastating consequences for global economy, human life and society as we know it.

If predictions of the world-wide big freeze come true, the plot to 2004 film The Day After Tomorrow would not be far from reality during winter.

During winter, entire major cities – such as London, Paris and New York – would be subjected to sub-zero temperatures, ice and snow for months.Millions of lives would be at risk of prolonged blackouts, food and electricity shortages and cold-related health problems.

He said: “We have had five warming cycles since about 900AD, each followed by a dramatic cooling cycle.

He said the oncoming cooling will send temperatures plummeting to lows last seen in the 1940s – when the mercury bottomed out at -21C during winter in the UK.

“The Arctic will freeze solid and rapidly by 2020 and thus allow much more Arctic air to build up and move southward toward Great Britain.

“This will last for 60 to 100 years and then a gradual warm-up toward the next global warming cycle that will not be as warm as the one we are now coming out of.”

Research from mathematics professor Valentina Zharkova shows that low solar activity could cause global temperatures to dip to their lowest levels for more than 350 years.Within three years drastic reductions in heat-releases from the sun could drive substantial cooling in Europe, North America and Asia.

From 1650 to 1710, temperatures across much of Europe – including Britain – plunged when the sun entered a quiet phase known as the Maunder Minimum.

Zharkova believes a similarly extreme deep freeze is on the way – triggering new glaciers, blanket sea ice and frozen over rivers and lakes.

She told Daily Star Online: “We did not calculate temperature variations on the Earth, we can only speculate what should happen by relying on the experience of the previous grand-cycle occurred in the 1645-1705 Maunder minimum.“At that time the mini ice age lasted for 60-65 years.

“Because of huge reduction of solar activity it is expected that the terrestrial temperature will be also reduced as it has happened in 17 century.”

Zharkova, of Northumbria University, made the predictions by studying new mathematical models for solar activity.She claims her models can predict the solar cycle with 97% accuracy, leaving little margin for error.

The Met Office has previously told Daily Star Online that a new mini-ice age is a “worst case scenario”, adding that while temperatures are likely to dip, it will do little to offset man-made global warming.

George Feulner, of the Potsdam Institute on Climate Change Research, agrees with this view, adding: “The expected decrease in global temperature would be 0.1 degrees Celsius at most, compared to about 1.3 degrees Celsius since pre-industrial times by the year 2030.”

1 thought on “ICE AGE BRITAIN: River Thames will FREEZE OVER on ‘this date’ – and could kill millions”