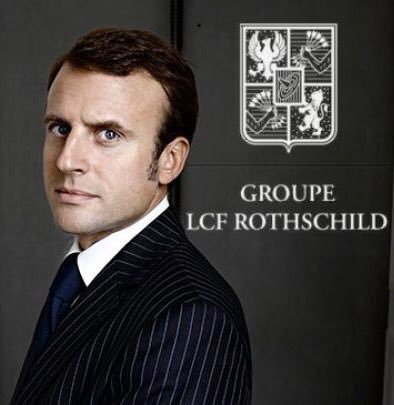 – Emmanuel Macron Elected President Of France With 65% Of The Vote: Live Feed:

After an extraordinary election campaign full of twists and turns, Emmanuel Macron won dramatic victory over Marine Le Pen in the French presidential election, taking 65% of the vote, with Le Pen collecting roughly 35%, according to early estimate from four separate French pollsters. Macron, 39, will become the youngest president of France’s Fifth Republic.

As BBG notes, the firms sampled real votes as they were being counted and weighted their results to reflect the composition of the French electorate. Their projections were all within 1 percentage point. Indeed, all early polls all show Macron with at least 65% of the vote:

Abstention in Sunday’s election was expected to hit 26%, the highest rate since 1969, reflecting a lack of enthusiasm among many voters for the choice on offer.

Readers wondering how all the votes can possibly be counted between most polls closing at 7pm and the results being announced at 8pm, the answer is that they wont be: the early result released at 8pm is based on the votes counted in 250 designated polling stations around the country that are considered to be have an accurate cross section of French voters.  Hence the initial percentages given at 8pm can change slightly as the rest of the votes are counted.  But as the first round demonstrated, it’s pretty accurate.

The congratulations from Europe’s top political leaders – and especially Germany – wasted no time:

As the FT adds, Macron’s victory is a phenomenal achievement for the 39-year-old former Rothschild banker, who has never before held elected office and whose political movement En Marche! was set up barely a year ago. He becomes the youngest ever French president.

As for, Le Pen, she fell short of the 45% that she was projected to win at one point earlier in the year. But her score of 34.9% is almost twice the 18% won by her father Jean-Marie Le Pen in 2002, and points to a depth of disaffection and anger towards France’s political elite that could nourish the far-right for years to come, especially if President Macron fails to deliver on his promises.

Macron, a former government adviser and economy minister in the Hollande administration, will now turn his attention to elections for the National Assembly on June 11 and 18. He needs to build a stable majority from a party that as yet has no MPs. On Friday, he said he already had in mind his nominee for prime minister, a choice that could help him build alliances with MPs from other parties.

Macron’s victory is in line with expectations, which according to several banks carries a “sell the news” risk, especially in EURUSD.

In a note released earlier on Sunday, Barclays’ Giovanni Paci writes that “a Macron victory, in line with current polls, in the second round of the French Presidential election, carries risk of a “buy the rumor, sell the fact” downside move in EURUSD, given the current long EUR pre-positioning.” On the other hand, “this outcome would also likely bring temporary relief and a further reduction in volatility.” Because a VIX of 10 is high?

Some further details below:

Macron victory in line with polls carries risk of a “buy the rumor, sell the fact” downside move in EURUSD, given the current long EUR pre-positioning. The EUR political-risk premium was reduced significantly by the “benign” first round outcome, which supported a c.2% EUR NEER appreciation. EURUSD should depreciate mildly over the remainder of this year, as monetary policy divergence and some residual political-risk premia weigh on the common currency.

With market attention to the ‘Politics of Rage’ likely to fade after the French election, and no other clear themes visible, we see risk of a significant decline in market volatility. Implied volatility is low across asset classes (Figure 1) and, for most major currencies, realized and implied volatility measures are well below their yearly averages (Figure 2). Although we do not believe the Politics of Rage has yet crested, the outcome of the Dutch elections and the expected victory of Emmanuel Macron in France, are likely to assuage market fear of radical political change, at least for the near term, as no other clear risk events are visible. Risk-taking began to deteriorate earlier this year as ambiguity brought about by the ‘Politics of Rage’ dampened strategic risk taking. However, the resolution of near-term risks, with no other clear themes or major risk events to trade tactically, is likely to take activity and volatility further down.

… the election of Mr. Macron as president, combined with a potential hung parliament would leave in place long-held concern about reform, but remove acute risks that provided shorter-term trading opportunities. As long as short-term events bring about temporary relief and long-term risks, volatility is likely to remain depressed, but prone to sudden bursts.

Here is another live feed, this time from the Telegraph: