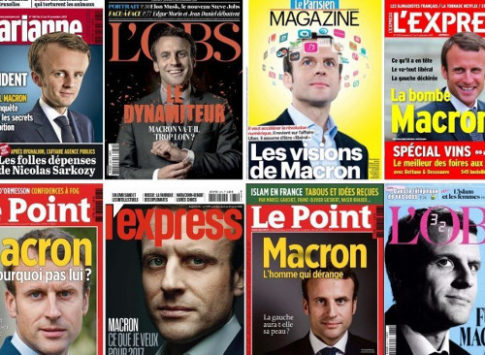 As reported overnight, documents leaked online appeared to show that French Presidential Candidate Emmanuel Macron entered into an operating agreement for a Limited Liability Company (LLC) in the Caribbean island of Nevis, and that the company may have had a business relationship with a bank which has been previously involved in tax evasion cases in the Cayman Islands. The anonymously released PDF files purported to show corporate records of a company named La Providence LLC apparently created by Mr. Macron in Nevis, a noted offshore tax haven. La Providence is the name of Mr. Macron’s high school in his hometown of Amiens.

In April, the establishment’s favorite candidate denied that he was concealing assets or hiding offshore accounts or inheritances from French authorities, even as his opponent Francois Fillion became mired in similar allegations. If confirmed as authentic, the documents would prove these claims to be untrue and provide important clues as to where the hidden funds might be located. It could also have an impact on this weekend’s election.

And since the alleged documents appear to have caused quite a stir in France, this morning French prosecutors opened a probe into what the WSJ said was “a suspected attempt to tar presidential candidate Emmanuel Macron” after Marine Le Pen’s suggestion during Wednesday night’s live TV debate which echoed the contents of the leaked documents, saying that Emmanuel Macron had a hidden offshore bank account in the Bahamas.

Macron said her suggestion was “defamation” and Le Pen’s remark prompted Macron to later issue a vigorous denial and file a complaint with prosecutors against unknown persons over “the spreading of false information” and for attempting to manipulate the election. Prosectors said they opened their investigation in response to Mr. Macron’s complaint.

According The Local, during one particularly heated exchange in a debate marked by insults and invective the pair argued about the legal issues they faced. After Macron said it wasn’t him that was under investigation by police, referring to the fake jobs allegations facing Le Pen, the far right candidate replied: “I hope we don’t discover you have an offshore account in the Bahamas.” Macron warned her that her suggestion was “defamation”.

Judicial sources told AFP prosecutors in Paris had opened a probe following the complaint from Macron, which comes three days before Sunday’s presidential run-off vote. A source close to the case told AFP, the complaint targets “information that circulated Wednesday night on the internet” alleging tax evasion in the Bahamas.

On Thursday morning, Marine Le Pen admitted on French radio that she had no proof of any account in the Bahamas. Later on Thursday a member of his entourage said “we will not hesitate to launch defamation proceedings against anyone who repeats this false information.” They also released an eight page document in a bid to demonstrate the rumours were just fake news.

Furthermore, according to the WSJ, the Financial Services Regulatory Commission of Nevis has no record that a company named La Providence had ever been registered in the tiny Caribbean island, Ercil Dore, a corporate registration officer with the commission, told The Wall Street Journal in a telephone interview.

For his part Macron also took to French radio to rubbish the rumours.

“I have never had accounts in any tax havens whatsoever, firstly because it is not in my nature and secondly because I have always wanted to return to the public domain,” the former minister of the economy told France Inter radio.