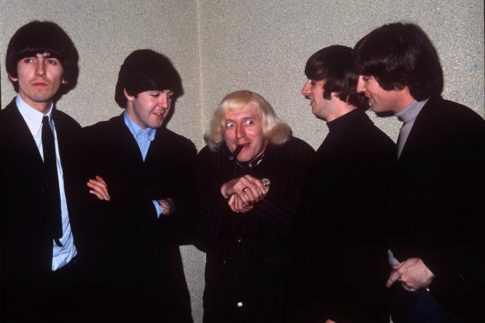 A pop group was suspected of abusing girls at a paedophile brothel visited by Jimmy Savile, according to a secret police report.

The four-page document, which Scotland Yard tried to suppress, reveals how Savile and the unnamed band visited the flat in the 1960s.

The identities of the music stars aren’t revealed in the report, which was only released following a lengthy Freedom of Information battle.

It is also unclear whether the group visited with Savile, who was described as a “ well known disc jockey ”, or separately.

The report, marked “RESTRICTED”, was written by Detective Superintendent David Gray, the officer spearheading Operation Yewtree, the investigation into Savile and other celebrities suspected of sexual abuse.

Mr Gray examined the paedophile brothel case after it was highlighted by another official report in 2013 into what police knew about Savile’s abuse before he died.

Her Majesty’s Inspectorate of Constabulary revealed that a man was jailed for two years for pimping two children’s home girls staying at the flat in Battersea, south west London. The HMIC report made not mention of the band visiting the flat.

Mr Gray found the intelligence in the 1964 ledger may have helped officers in 2003, when a victim contacted the force to reveal an attack by Savile in the 1970s.

The woman told police she was 15 when she was assaulted by the BBC star during a recording of Top Of The Pops.

The victim said she would make a witness statement but would only consider proceeding with a prosecution if other victims were found.

But the intelligence from 1964 wasn’t discovered because the records were never transferred to a computer database.

Mr Gray’s report said of the 1964 ledger: “There is no evidence to suggest that as a result of this entry any investigation was or was not carried out.

“The reading of it is subjective in that we now know that Savile became a visitor at Duncroft some six years later between 1970 and 1978.

“However although Savile and a pop group were known to frequent that does not in itself show any linkage or grounds to investigate further, except with the benefit of hindsight.

“There would undoubtedly (have) been casepapers from that time, that may have been of assistance, but they are no longer available.”

The report added: “It would have provided useful background information to those officers who dealt with the 2003 allegation. But it would appear it was not transferred onto a digital format and hence not recorded on INI or PND [Police National Database].” 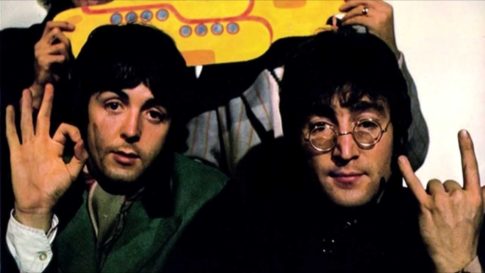 The Beatles: 666 and “Il Cornuto” — both Satanic hand signs

The report was only released following a lengthy FOI battle.

In October we asked for all communications between the Met and the Independent Police Complaints Commission over their involvement with Savile.

The force refused to hand over the report, but eventually disclosed it after we applied to the Information Commissioner’s Office.

Savile was only unmasked as a serial sex attacker following his death at the age of 84 in 2011.

UK Celebrity Proved to be Part of Satanic Ring – He Made at Least 450 Victims, Aged 8 to 47