Perhaps even more brazen than the infamous theft of a bucket full of gold woth $1.6 million from an armored truck in broad daylight in Midtown Manhattan last September 29, moments ago local German press has reported that thieves broke into Berlin’s Bode Museum and made off with a massive 100-kilogram (221-pound) gold coin worth millions. 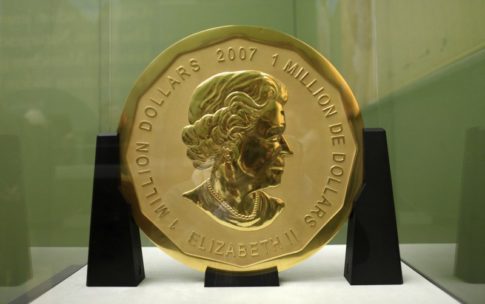 According to German media, the stolen coin is the “Big Maple Leaf”, a commemorative piece issued by the Royal Canadian Mint in 2007. The three-centimeter (1.18-inch) thick coin, with a diameter of 53 centimeters (20.9 inches), has a face value of $1 million. By weight alone, however, it would be worth almost $4.5 million at market prices.

The Bode Museum, located on the German capital’s UNESCO-listed Museum Island, houses one of the world’s biggest coin collections. The holding includes 102,000 coins from ancient Greece and about 50,000 Roman coins. 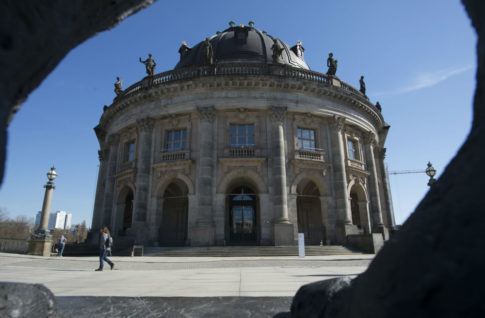 Spokesman Stefen Petersen said thieves apparently entered through a window about 3:30 a.m. Monday, broke into a cabinet where the “Big Maple Leaf” coin was kept, and escaped with it before police arrived.

German police said on Twitter that the robbers likely used a ladder found at a nearby rail track to break into the museum at around 3:30 am. Suburban rail traffic was interrupted as investigators combed the area for clues. The police did not comment on how the theives managed to cart the extremely heavy “pet rock” out of the museum without being spotted or triggering any alarms.

The museum says the coin is in the Guinness Book of Records for its purity of 999.99/1000 gold. It has a portrait of Queen Elizabeth II on one side and maple leaves on the other.

It was unclear if the coin has already been “deposited” at one of the numerous central or commercial bank vaults who have experienced a dramatic drop in physical gold inventory as much of the yellow metal has moved to China and various private vaults in recent years, and duly replaced by mere paper claims on said metal.