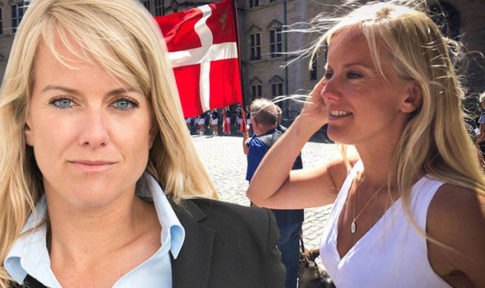 DENMARK should ban headscarves in schools, have stricter controls on migrants and leave the European Union, according to the leader of the country’s newest far-right party.

Pernille Vermund plans to overhaul Danish politics and provide a new challenge to the government in local elections later this year.

The 41-year-old leader of Nye Borgerlige or ‘The New Right’ has called for stricter controls on migrants and refugees and wants a ban on headscarves in schools and public institutions.

Ms Vermund wants to limit Danish citizenship to people who “contribute positively” to society and have a job and only give asylum to refugees from the UN’s refugee agency’s resettlement scheme.

She said: “Those who don’t have the ability to provide for themselves, we have to ask them to find another place to stay.”

The former member of the Conservative People’s Party plans to challenge the anti-immigrant Danish People’s Party (DPP) with her party’s strict migrant stance.

Denmark started imposing the emergency border controls from September 2015 as more than one million migrants arrived in the EU.

EU envoys agreed last week to extend emergency border controls inside the Schengen zone for another three months to mid-May.

Nye Borgerlige was founded in 2015 by Ms Vermund and Peter Seier Christensen after the pair clashed with the Conservative’s over EU membership, Europol and Ms Vermund’s failed attempt to become an MP.

Ms Vermund, a divorced mother-of-three, is a trained architect from Snekkersten, a suburb north of Copenhagen.

She entered politics in 2009 when she was elected to the Helsingor City Council for the Consevrative People’s Party.

But in 2011, Ms Vermund stopped back form the political stage to get “the family back on its feet” following her divorce.

She has three sons between the ages of six and twelve and admits she “can no longer be neutral and private” when out in public.

Reflecting on the strain of creating a political party, she said: “It costs a lot, on different levels, to start a party from scratch.

“So far, I haven’t experienced threats or harassment.”

“We think that the party that currently sits in the Danish parliament is not truly conservative anymore.

“I was told that, if I wanted to continue, I had to either be quiet about my opinion — or change it.

The party plans to take Denmark out of the EU and the UN Refugee Convention and “safeguard free trade” with Britain and Norway while “getting rid of the EU”.

It comes as leading Brexiteer Daniel Hannan warned Britain could tempt EU members who are unhappy at the prospect of ever-closer union to form a friendly club with neighbours on the outside.

Mr Hannan said Eurosceptic countries like Poland and Denmark could be tempted away to join an “outer tier” with nearby countries like Morocco, Israel, Ukraine and Iceland.

The arm’s-length association would be loosely linked to the EU on trade, defence and political co-operation, the Tory MEP for the south east of England proposed.

In an attempt to build stronger ties with the UK, it is thought Ms Vermund contacted former Ukip leader Nigel Farage after the Brexit referendum.

The party, which has around 3,000 members, has achieved the required support to run for parliament in the next election in 2019.

The DPP is preparing to take on Nye Borgerlige and bolster its anti-immigrant rhetoric and Euroscepticism after watering down its criticism as it supported the Danish coalition government.

Thomas Larsen, a political commentator with the Berlingske newspaper, said: “I definitely think that DPP can feel, to a certain degree, pressure from Nye Borgerlige.

“The DPP is trying to send a message to both the government and the public that they want to strengthen their refugee policies, even more.”

For now Ms Vermund’s party is focusing on November’s local elections and plans to take seats across the country “make sure that everybody in Denmark knows who we are and what we stand for”.

She said: “We’re definitely planning to have a candidate in all local councils.”