– Abandoned Wal-Mart To Reopen As Shelter For Illegal Immigrants With Tax-Dollar Funding:

An abandoned Walmart in Brownsville, Texas will soon be home to 100’s of illegal immigrant “minors”, many of them late in their teen years, thanks to your federal tax dollars.  According to a report from a local ABC affiliate in Brownsville, the facility is currently being converted into a shelter by a nonprofit organization called Southwest Key, which receives the majority of its funding from federal tax dollars via the Office of Refugees Resettlement.

A Southwest Key spokeswoman confirmed the facility is set to open on March. They said it’ll be to welcome unaccompanied minors who crossed into the U.S. illegally.

It will be the 4th facility in Brownsville to shelter children, under the age of 17, who have crossed into the U.S. without an adult.

Southwest Key is federally funded by the Office of Refugees Resettlement. The group’s mission is to provide a safe environment for unaccompanied children while they wait to be reunited with a sponsor or relative in the U.S.

Southwest Key officials said children are supervised during their stay. The program ensures youngsters have a safe place to sleep, are fed, educated and also have access to healthcare and counseling services.

Of course, the report drew a lot of criticism from local Brownsville residents, many of whom questioned whether the money shouldn’t be redirected to fund a shelter for veterans and/or the homeless. 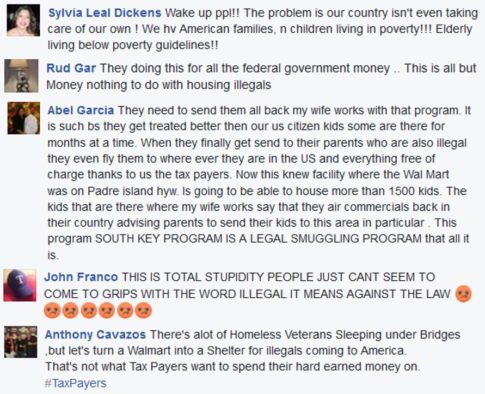 As background, according to WND, Southwest Key has an annual budget of $150 million and operates 27 shelters for illegal immigrants in Texas, Arizona and California.  Per the Southwest Key website:

Southwest Key Programs is a private, nonprofit organization founded in 1987 to keep young people out of institutions and empower them with the skills, knowledge and tools they need to succeed. Through an exceptionally competent and diverse staff, Southwest Key empowers youth and their families to make positive changes in their lives including at our 27 immigrant children’s shelters in Texas, Arizona and California.

Southwest Key Unaccompanied Minor shelters operate as a self-contained unit, delivering shelter, food, healthcare, education, recreation, case management and legal services to the children in our care. We are required by the federal government to provide everything that a child needs in order to thrive in a humane and homelike environment. As a result, there is little interaction between the children in our services and the surrounding community, save for those businesses and employees engaged in their care on-site.

Healthcare: The overwhelming majority of medical services are done on site by Southwest Key’s fully-staffed, licensed medical professionals who ensure the health of the children in our shelters. Every child receives a full, medical exam by a doctor within 24 to 48 hours of entering our facilities, including receiving all the CDC recommended immunizations and being screened for any infectious diseases.

Education: While in our care, all unaccompanied minors receive educational services. Our presence in a community does not impact children in the local school system as our kids receive all educational services separate and distinct from local children and they never have an opportunity to interact with one another. 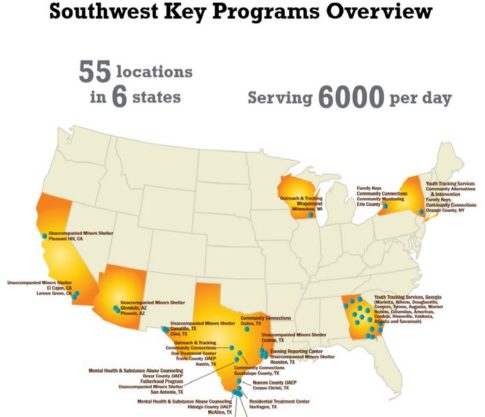 If Southwest Key sounds familiar, it’s probably because it’s the same Southwest Key that drew criticism from Senator Chuck Grassley back in 2014 for using taxpayer money to provide a petting zoo and guitar lessons to their illegal immigrant residents at a cost of over $300 per child per day.  Per the Washington Times:

One of the contractors housing some of the surge of illegal immigrant children from this summer offers them a petting zoo with miniature ponies, a tilapia fish farm operation and guitar lessons, according to documents released Thursday by a senator who questioned whether the plush accommodations were a good use of taxpayers’ money.

Sen. Charles E. Grassley, Iowa Republican, said it seemed excessive to pay the $329 that Southwest Key Programs, the contractor, charged per child per day at one of its California facilities in Lemon Grove, California. Another facility in El Cajon cost taxpayers $316 per child per day.

Here is the original report from KRGV-TV in Brownsville, TX: